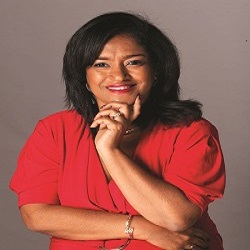 Adop-A-Light, Esther Passaris’ multi-million shilling business plane, has hit pockets of turbulence. It is struggling to get through the administrative, legal and political storm.

Indeed, the storm now threatens to bring down an empire that pioneered a unique advertising plan.

The City County says the project is an unhealthy monopoly, contrary to the country’s procurement laws.  Indeed, the government claims the deal has expired, and therefore. Adopt-A-Light must surrender the advertising rights.

Kenya National Highways Authority has also threatened to bring down all its (Adopt-A-Light’s) billboards on major highways, a move that could stain the company’s revenues and image to potential clients.

Adopt-A-Light is an incredible story, by all standards.  Its death would be a major indictment on how bad Kenya is in respecting great ideas. Rather than help Passaris expand this novelty, the defunct Nairobi City Council, the Nairobi County government, and the central government have waged a war on the business.

It could be just a matter of time for Passaris to quit.

Esther Passaris can be equaled to American former professional basketball player Michael Jeffrey Jordan, who once said that he plays to win, whether during practice or a real game. “I will not let anything get in the way of me and my competitive enthusiasm to win,” he said.

Such, it seems, has been Esther Passaris’ driving force.

“From the project, security is slums improved. Businesses would open early and close late,” she said. So sweeping were its implication that Adopt-A-Light won Mayoral Achievement Award, National Road Safety Award, UN’s Mashariki Innovation in Local Governance Awards, Company of the Year Award and Make a Difference Award.

Passaris says the idea emanated from her routine visits in South Africa. She came up with a concept where under a public-private partnership, the initiative would raise finances through advertising to help fund the installation and maintenance of lighting.

“I researched on its viability by assessing needs, investment, cost, implications and the potential revenue streams, mainly sponsors and advertisers,” she said. Thereafter, Passaris signed a deal with the hopeless Nairobi City Council to restore street lighting in exchange for advertising rights on the lampposts.

The revolutionary concept of lighting up Nairobi, she claims, was in tandem with the standard procurements in 2002. So successful was the venture that Adopt-A-Light became the leader in outdoor advertising – highway lighting in Nairobi, high mast lighting and slum lighting in Kenya.

To her, enthusiasm is the mother of effort; without it, nothing great would ever be achieved. The controversial entrepreneur, whose father was Greek, once contested for Miss Kenya, Nairobi Mayor, Embakasi MP and in 2013, ran for the Women Representative seat in Nairobi.

“I thought the Women’s Representative position would give me a chance to, not only address the important issues that women face in Nairobi, but to serve all Nairobians as well,” she said.

Ms Passaris claims she is an ardent defender of what is right, one with the “balls” to stand up for what she believes in.

In a country dominated by men, the 49 year old mother of two has overcome many barriers to cut a niche in the business world. Adopt-A-Light project, launched in 2002, is her most powerful project yet.

As at 2009, the firm had installed 3,000 streetlights along 50 streets covering about 150 kilometres of roads. It had also erected 33 high mast lights in numerous slums serving more than 150,000 households.

Her entry into opposition politics has also contributed massively to the dismal performance of the business realm she had earnestly struggled to build.

The darling of the Orange Democratic Movement, Passaris resigned as Adopt-A-Light Managing Director in February 2008, presumably to serve as a nominated councillor and mayor. She named Naomi Cidi, the former deputy director of Kenya Airports Authority, as her successor. Mrs Cidi had been sacked following the Artur brothers saga.

Passaris argues that while rival politicians might have played a role in fighting against Adopt-A-Light’s sterling growth, her desire to be a leader was driven by the dream to stop the increasing greed in the public sector.
“My goal has been to nurture a sharing and caring society,” she said, adding that her objective to make Kenya a better place for all will not be stopped by a few, selfish people.

As Passaris struggles to rejuvenate the firm, critics say her downfall may be as a result of her arrogance and self-glorification. However, she would not accept to be brought down by “rival” forces. Passaris is currently running “One In A Million”, a vehicle through which her another outfit, the Driving Kenya Foundation, seeks to eradicate poverty and unemployment in slums.

The future for the Adopt-A-Light doesn’t look very rosy.