He is a proud family man, something he speaks of fondly and proudly. The core principles that guide his business ventures as he admits, is his Islamic faith.

A business must be Halal (permissible). Behind this laid-back mien and infectious smile is a successful entrepreneur. He is 37 and pursuing his post-doctorate studies in Strategic Management at Jomo Kenyatta University of Agriculture and Technology, Mombasa. He speaks happily at his 5th floor Ambalal Plaza office overlooking the coastal city.

Tough beginnings, tough lessons but a determined and visionary mind is what has Mr Saeed Sheikh Abdirahman sitting pretty more than a decade later as the CEO of Sidoman Investments Limited. His very first venture under the name Sidoman in 2008 was a parcel company, and it flopped. Before that, Saeed had arrived in Mombasa and gotten a job in a logistics company. His employers not knowing of his potential then, had assigned him the task of being the company driver. Maneuvering the coastal city as a driver, he had bigger dreams and this inspired him to live humble in a single room and walk to work daily. With that, he religiously saved between Sh8, 000 and Sh10, 000 monthly for three years and accumulated Sh300, 000 by the end of 2009. By this time, he had moved to Africa Salihya Cargo and Clearing where he worked first as an intern.

“I failed miserably in my first venture because I lacked the capacity and management skills to successfully run a parcel company,” admits Saeed with a grin. Yet, as is the case with many entrepreneurs, this was a tipping point to re-invent himself and keep the desire to be a businessman burning.

At the family-owned Africa Salihya Cargo and Clearing, he rose through the ranks and in a period of four years became the director of corporate affairs and business development for ASCC Logistics. While here, his nose for business enabled him to capitalize on a business gap and started part timing as a clearing and forwarding broker.

Being a broker is not an easy task, because you act as a middleman between the client and the business owner for a commission. A number of times you are short-changed because many customers will want a direct link with the businessmen. It was a catch 22 situation and he had to think on how to move from being a broker to finally diving into clearing and forwarding business fully. 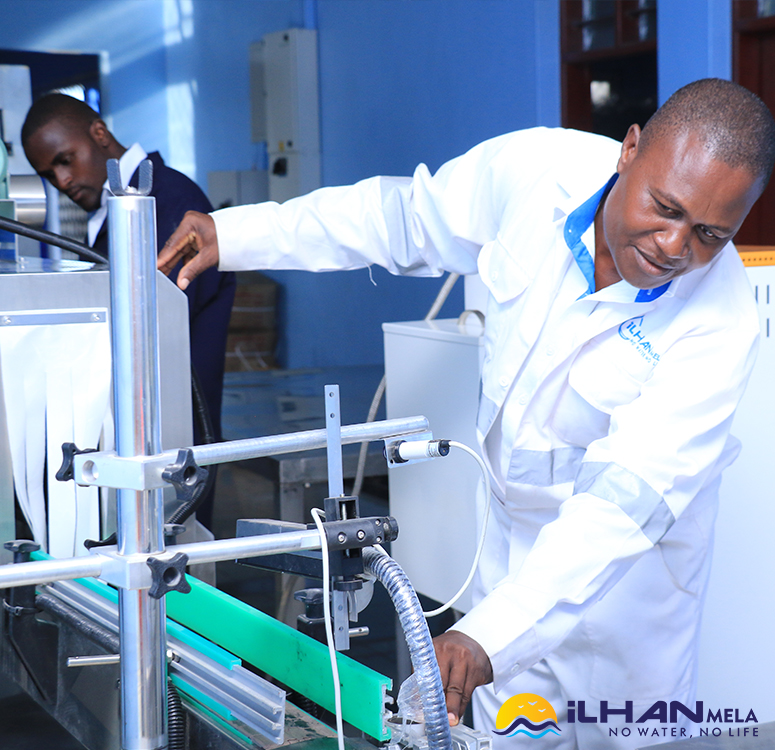 In 2010, he applied for a Kenya Revenue Authority (KRA) clearance certificate. A tedious process, he concedes. Amongst the thousands of applicants, he was invited to a panel interview and the certificate granted. The clearance certificate enables an individual to collect tax on behalf of KRA while conducting the clearing and forwarding business.

From the failed parcel delivery company, he disposed off the canter truck he was using and invested more money gained during his brokering to purchase his first Actros truck from a businessman who was moving to Dubai.

A decade later, Sidoman Logistics, a part of Sidoman Investments, has employed on a permanent basis 40 staff and has more than 20 casuals who work from the port. The company owns and manages a fleet of fifty Mercedes Benz trucks, most of which Saeed admits were purchased directly from the United Kingdom. At the time of the interview, nine more trucks were in the deep sea being shipped to add to the existing fleet.

To illustrate his diversification, Sidoman Construction, which he also owns, will by June 2019 have delivered their 20 units of both two and three bedroom houses in Mackinnon area of Mombasa. This will also include a shopping centre and a two-storey mosque where the upper floor will allow women and lower floor men of the Islamic faith to worship. This is a multi-million investments that currently has employed fifteen individuals on a permanent basis alongside hundreds of casual labourers.

In Majengo area, the skyline is changing thanks to Sidoman Plaza. Once complete, Sidoman Plaza will be a state of the art high-rise building that Saeed intends to make the epicentre of all Sidoman Investments Limited operations. By his own estimations and plans, Mr Saeed wants to be done with all the construction activities by the end of 2019 and focus solely on the logistics business, which he loves passionately.

This includes plans that are at an advanced stage to open a petrol station and a depot in Emali town. This will enable him to service his trucks and maintain them while on transit to the East African region. Here, the goal is to have depots in Mombasa, Emali, Naivasha, and Kampala. They will act as fuelling stations and mechanical service repair points for his trucks on transit, providing employment too.

The hotel industry is an area that he has also delved in with his Mtwapa Cool Breeze Hotel.  The hotel that sits on a one-and-a-half-acre plot has a swimming pool and 34 rooms. Mtwapa, being a 24-hour economy, comes with its challenges. Most revellers prefer discotheques and alcohol. Establishments that accommodate such have a thriving business. A staunch Muslim, his hotel does not offer both, a factor that has seen a dwindling number of clients. This has made him entertain thoughts to sell it off once a suitable buyer comes along.

No water, no life is a slogan for Ilhan Mela, a drinking water and bottling company Saeed started in 2018 and is based in Bamburi, Mombasa. It boasts of employing twenty permanent staff and has a plant that manufactures its own bottles before treating and packaging the water for distribution.

To show his commitment to excellence, the water plant sourced its equipment from Japan. The state of the art plant can automatically wash, fill and seal water and is compliant to the Kenya National Bureau of Standards. Ilhan Mela seeks to rival and be the East African region’s leading provider of drinking water at affordable prices.

Despite the tough schedule of a businessman, Saeed who believes in employing the best brains based on competency to run his ventures takes time off his busy schedule to relax as a football fan, with English based side Manchester City being his club of choice. Saeed also runs Kenyan Cityzens, a forum where local Manchester City fans meet and watch football together. It is officially recognized by the English club, which also recognises him as the country’s point man. He says that he intends to make it the world’s largest football fan club as he uses football to reach out to the less fortunate members of society.

Saeed has a humble beginning. His journey starts from Rhamu location in Girissa division of Mandera County. He was born in 1982 in an extended family as the fifth of three girls and nine boys. Walking barefoot to school, herding cows and goats over the weekend and school holidays are how he grew up and despite his change in fortunes, he strives to remain humble.

Organization and professionalism are the key ingredients that give him an edge in the market. He has professionalized operations and there is a hierarchy of operations, invested in bespoke systems for Sidoman Investments Limited. He has a general manager, declaration manager, operations manager, accountant who are competent, well remunerated and motivated to deliver. This, he admits is his cutting edge.

What does the future hold for Sidoman Investments? Saeed says it is only the beginning and that he looks forward to employing more Kenyans, helping grow the economy of Mombasa by paying taxes and providing cutthroat services.

For now, the father of six, five boys and a girl says that Sidoman Investment Limited is the company to watch out for as he remains bullish about the journey ahead.

His parents and elder brother, Mohamed Sheikh Abdirahman, are his main sources of inspiration. They instilled in him the virtues of hard work and dignity in work. They taught him that it is better to share the little you have with others than be greedy. Without his parents, he believes he would never have the grounding he has as a person