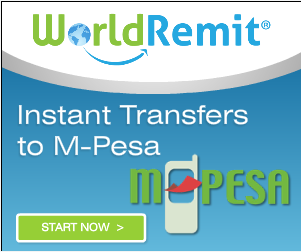 Kenya Re Insurance Corporation (Kenya Re) has posted Sh3billion profit after tax for the year ended December 31 2013, an increase from 2.8billion recorded over the same period on Dec 31, 2012.

Releasing the corporation’s annual results at Hilton Hotel on April 29, Mr JadiahMwarania, managing director Kenya Re, attributed the growth to its aggressive marketing across the African continent, Asia and the Middle East. He said that the corporation has focused on efficient claim management, product innovation and new covers to clients.

According to the corporation’s 2013 results, operating and other expenses declined from Sh1.08billion in 2012 to Sh1.01 billion during the period under review. About 45 % of the revenues are derived from the Kenyan market and the rest from the international market.

He said that plans to open an office to serve the South African market are currently under way.  Kenya Re currently has presence in 45 countries andover 160 insurance companies in Africa, Asia and in the Middle East. According to the trading results, gross premiums written increased to SH9.5billion in 2013 in 2013 compared to 7.9billion registered in 2012. Net earned premiums improved from Sh7billiom in 2012 to 8.5 billion in 2013, a record 22% improvement.

The corporation’s claims increased marginally by 16% from 4.6billion in 2012 to 4.7 in 2013. This was largely due to severity and frequency of claims across the chosen markets of the corporation, notably the Jomo Kenyatta International Airport and buildings in Thailand.

The corporation,the managing director said, will seek to broaden its market portfolio, key among them underwriting oil and gas as part of a new strategy to take the corporation to the next level. Beside, the corporation is set to tap into the fast growing Sharia Compliant insurance business, which is estimated to hit about Sh2trillion by 2015. He noted that Kenya Re will have a subsidiary in West Africa by June this year to tap the potential in the Franco phone markets.