The key factor of demand and supply in any business establishment can never be overstated. For a business to thrive, it must meet specific demands in that region. It does pay in the long run to analyze the location where you intend to set up the business. The demographics of your clients, their purchasing power and the government regulations of running such a venture within a certain location are key.

A majority of Nairobians seldom have breakfast in their houses; this is because most of them need to be at their respective workstations by eight or half past eight each morning. A city with nightmarish traffic jams, exorbitant fares charged by rogue matatu crew makes most of city dwellers rise early to beat traffic to work and encounter the same in the evening.

With the increasing prices in basic household commodities and foodstuffs, a majority of Nairobians operates on a shoestring budget but still need to eat healthy.

It is this that makes food business within offices a thriving affair. While it does take many forms like contracted individuals bringing the food to the comfort of the employees; the issue of getting a balanced diet at an affordable price is a headache. It is this void that is currently being filled in a very interesting manner within the capital city.

An average office building block within Nairobi is manned by some eight to ten guards who are stationed in various areas from the entrance to the reception to the parking lots. There are also several subordinate staff by the different employers occupying the building, not to mention a litany of cleaners mostly of an independent cleaning company retained by managers of the premise. Roughly, a five floor building may have close to fifty guards and subordinate staffers. All these are individuals who report to work extremely early to set stage for the others by cleaning and manning the building. To an average person, these are just people seeking a living but to Jaymoh, Kerubo and Atieno, these are clients who need food each and every other day of the week.

For breakfast, they serve mainly tea and mandazi is. On a good day, Jaymoh says that he serves tea close to one hundred individuals, using only three packets of milk that cost Sh150 and a quarter Kilogram of sugar which at Sh30. So for roughly Sh180, he is able to prepare enough cups of tea that can serve around one hundred individual which gives him around Sh2, 000 with a possible Sh1500 as net profit. 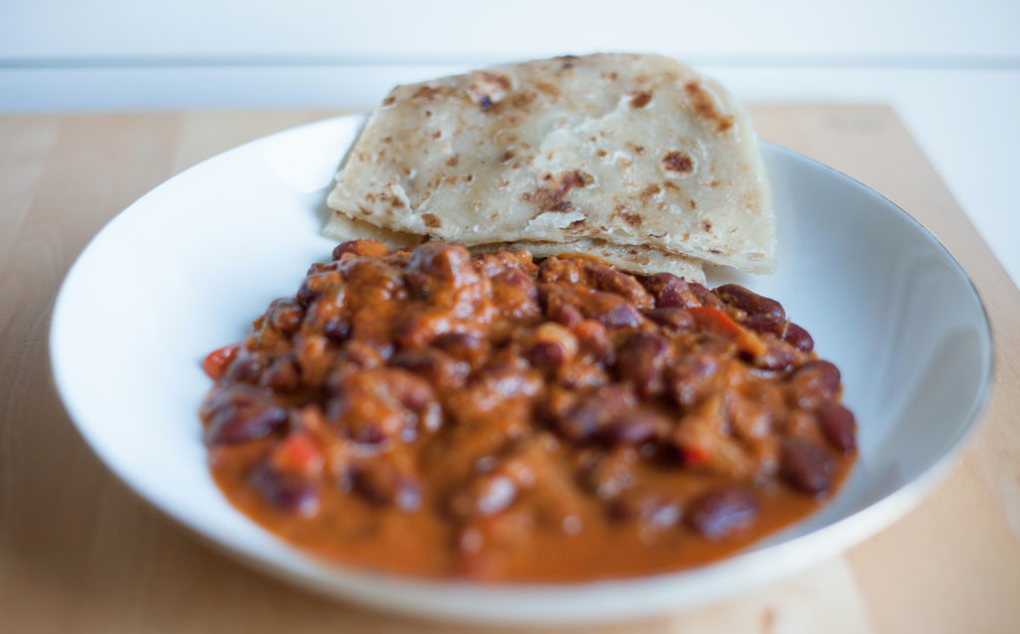 Lunch is the time for brisk business. For Kerubo, she prepares three 2kg packets of ugali, which she serves with vegetables and four pieces of meat at Sh100. The substitute for meat is always two fried eggs, which alongside ugali and kales she sells for Sh90. Carbohydrates like ugali, chapati and rice, she says, are a favourite amongst her clients in that particular order. In the one-year she has been in operation, she has noted, office ladies of late send for food, which is delivered in the comfort of their offices in lunch boxes.

Kerubo’s shop location is golden. It is adjacent to a carwash and has close to seven storied office blocks. Most of her clients order for food way before lunchtime. While you forego the comfort of sitting in a restaurant, the fact that the price is almost 50% of what you would have spent elsewhere makes her services very attractive.

Kerubo serves between forty to sixty clients. The cheapest meal retails at Sh90 and the most expensive at Sh100, which translates to around Sh6, 000 on the higher end. And just what are her overheads? She refills her cooking gas weekly at Sh800, three 3 packets of maize flour daily at Sh105 each, 3Kgs of meat from Dagoretti at Sh250 per Kg.

Kerubo says that vegetables are slightly expensive and uses between Sh600 and Sh800 on a daily basis alongside tomatoes and onions that roughly cost her Sh100 and 10ltrs of cooking oil after every two weeks and it costs at Sh1, 000. Going by this, Kerubo spends around Sh1500 on average in a day against the expected income of around Sh6, 000. This translates into a net income of Sh4500 daily for five days a week translating to Sh90, 000 on average. This income helps boost her other earnings from the sales she makes from her shop. Food business is brisk, she says, adding that many Nairobians want a decent and cheap meal and that’s why she is in operation.

With the recent resolve by the Nairobi County Council to bring down illegal structures thriving on road reserves, it is difficult to tell how ilk of Kerubo and Jaymoh are going to emerge as most of their businesses are anchored on the earmarked structures for demolition. They are likely to suffer, silently, the aftermath of the County council resolve. But since demand is a constant in this niche, they will surely reinvent themselves, if it will mean eating into their markups to afford rent in formal premises.