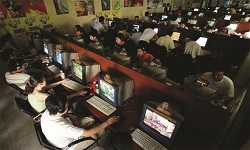 It isn’t the much-chastised pyramid scheme. Not the elusive quail farming. The new money-minting craze is virtual forex trading. And it has left the Central Bank of Kenya guessing on how to control it.

Now there’s concern that technology-savvy youths are leaving formal employment for this new cash-minting venture that could complicate CBK’s role in keeping a close eye on money in circulation.

Individuals are raking in millions of shillings daily, according to highly-placed sources within banking circles. Critics say due to the sovereignty involved in this multiple currencies trading, it has made it difficult for authorities such as CBK to regulate the actions involved in it.

CBK is not just concerned about the invisibility of this form of money transaction. Online forex can easily be used for money laundering.

It’s something near the Hawallah, the old age informal money transfer driven by honour and trust. This one is internet-based, perfected by techies and former and current bank dealers who have drawn a wealth of experience from their employers.

“This business is distinctive because it involves huge sums of money, the people involved are globally dispersed and operates all round the clock,” said Macharia Mwangi, a trader who left formal employment in a local bank for forex trading.

Mr Mwangi says the business carries very high risks, and therefore it only attracts the best of the best in the market. “Risk appetite and experience must be high. Initially, one can make huge losses continuously before making any profits,” he said.

On a good day, Mr Mwangi observes, a trader can make up to Sh600, 000. However, the reverse could also be true.

The registration entails product, in this case, live trading account, type of account, location of the trader and his or her name.

To deposit money in the accounts, one has to use a visa-registered card or a credit card. In most cases, individual traders in Kenya deposit and/or send the funds through Western Union, Paypal or through their relatives overseas.

The trading platforms display spreads in real-time, with trade executed automatically and settled on spot. Individuals can also stop losses or take profits and place upper and lower bounds to prevent unwanted order execution in the event of a rapid market fluctuation.

The main trading sites in Kenya, according to a bank dealer who spoke to this paper in confidence, are Oanda and AvaFx. The former, a product of a Swiss firm, has an electronic trading spot, forex news to guide traders on which currency to buy, sell or hold as well as discussion forums.

On the other hand, Irish-based AvaFx is considered one of the largest dealers in Europe, offering multiple markets for small accounts and large ones. Its ability to serve both huge and small traders has seen AvaFx take a lead in the Kenyan market.

AvaFx, it is said, also requires no minimum currency trading amount as opposed to other currency brokers. “It also pays its clients on a need basis, mainly within three days,” said Mr Mwangi. But analysts say Oanda may in future beat AvaFx due to the goodwill it enjoys from its owners, an American bank.

For one to start the business, he or she must open an account with these currency brokers. The potential traders must show that they have the capacity (financially and know-how) in forex. This entails the disclosure of one’s investment history supported by trading statements. Moreover, the candidate must show an understanding of the risks involved therein.

To beat the rising scams in online forex trading, Tim Were, a currency dealer and trainer based in Ambank Building in Nairobi argues that potential traders should not be in a hurry to start the business.

“They must first look for a worthy broker. This means they must go beyond trading preferences, start-up capital and risk tolerance,” said Mr Were. Some of the issues Mr Were says must be factored in while choosing a broker are incentives to join, spreads for new forex traders and educational resources.

“Leverage is one of the most enticing features of currency trading. This lets traders control the transaction, magnifying profits but also that of losses. For inexperienced traders, more leverage is certainly not better and can lead to overexposure and rapid depletion of a trading account,” he said.

The brokers, also known as market makers, facilitate the trade by providing liquidity and reducing transaction costs. They sell to and buy from its clients and are compensated by means of price differentials for the services. For one to trade, you have to choose a pair of currencies that you expect a change in value and place a trade in view of that.

For the popular online trade, which every Kenyan youth now want to invest in, traders place their orders through a click of the mouse. The broker then passes the order to a partner in the market to fill the trader’s position. Once the trade is closed, the broker closes the position on the market and credits your account with a loss or gain. This, according to Mr Were, happens literary within seconds.

“This is the point where a trader has to employ a set of analyses to determine whether to buy or sell a currency pair at any given time. This could be based on technical analysis charting tools or critical news-based events. The day trader’s currency trading strategy is usually made up of a multitude of signals, which trigger buy or sell decisions,” said Mr Were.

For those experienced in currency business, Mohammed Hussein, a financial expert, argues that they can employ what is referred to as automated forex trading strategy, where a programmed software signals what to look for and how to interpret them. For starters, a trading strategy known as “booking” is used where currencies are sold and bought automatically when a certain currency exchange level is reached.

To minimise risk probabilities, many of the Kenyan traders have invented a number mechanisms to control market risk. At the most basic trading room level, dealing institutions are maintaining clearly established position limits on the maximum open position that each trader can carry. These limits are carefully and closely monitored, and authority to exceed them, even temporarily, requires approval of a senior dealer.

“Forex dealing is rewarding, but a very risky investment. To limit risk, a trader should routinely monitor positions against the market and should run risk-control safeguards against each open position “says Shani Shamah, the author of Foreign Exchange Primer, adding: “By its nature, forex trading is a risky venture because it deals primarily in risk—measuring it, pricing it, accepting it when appropriate, and managing it. The success of a trader taking part in the foreign exchange market depends on how well he or she assesses, prices, and manages risk, and on its ability to limit losses from particular transactions and to keep its overall exposure controlled.”

Analysts say the worrying trend about the deep penetration of foreign exchange trade in Kenya is that it is luring bank dealers, who have now been compelled to divide their attention between their employers and private practice.  Indeed, our investigations reveal that some bank dealers have opened their own currency business, where they hire their own employees to run the business. Intermittently in the course of the day, the principal dealers would advise their juniors on which positions to take.

It is the coming of the fast internet connectivity that has spurred the business, once dominated by commercial banks, money transfer companies and investment management firms.

“These technological innovations have made it feasible for individual investors to monitor currency markets and to trade via intermediaries,” William Kinuthia, a chief trader at Investec Dealers Limited said. Financial experts say the trade is indeed frustrating the monetary policies taken by the Central Bank in combating high inflation.