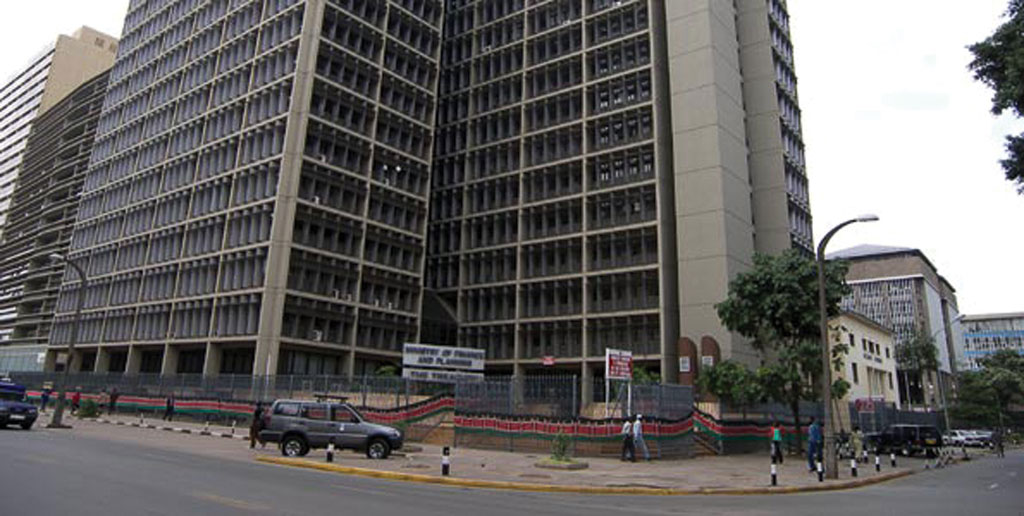 Rebasing: Time for a boot up
But are we ready to join the enviable family of middle-income nations? Why this new status may not be good for the country
By Vinita Kotedia

The technological ecosystem illuminates change, recognizing the evolving adversities and needs of users. Updating is therefore essential as a means of incorporating new information.

Similarly, concurrence of unfolding dynamics within the market economy prompts both policy makers and academics, through the use of comparative analysis, to critically examine changes that are used to gauge macroeconomic performance.

Dependent on data sets, policy makers therefore use tools such as rebasing to sharpen the reflection of the position of an economy as new and more detailed statistics emerge.

Fundamentally, rebasing is the process through which the reference year for the real (or constant price) estimates of National accounts is changed. Unlike Nigeria, which took two decades to recalibrate its wealth, the Gross Domestic Product (GDP) rebasing exercise is nothing new in Kenya, but has rather been built upon a long history of continuous revisions and updates of the nation’s national accounts in light of prevailing realities.

Both the local and foreign participants in the Kenyan economy have raised deep-rooted concerns in regard to the present relevance of public debt to GDP ratio, accuracy of inflation figures, and the relativity of growth statistics in comparison to economies that have already carried out the exercise.

It is imperative for countries to rebase their GDP on a regular basis to account for changes in production and consumption.  During this process, the system of national accounts is rebased to keep up with the evolution of prices in the economy. Countries also revamp their accounts once a decade to introduce new accounting conventions, improved methods of estimation and revised statistical classifications.

Thus, for Kenya, it is expedient that the exercise be done, especially with major changes to several sectors of the economy. A rebased GDP will more accurately factor in the growth in industries such as the telecommunications industry which has thrived on the popularity of mobile-phone money transfers, banking services and internet usage; as a result, it is undoubted that some value is bound to be added to our present figure.

In fact, the International Monetary Fund (IMF) statistical division recommends a change of base year every fifth year. The base year plays an important role in the estimation of GDP for three main reasons. Firstly, the GDP estimates will be expressed in constant prices for the base year. Secondly, a sector that was economically significant in the base year may still be deemed significant despite structural changes that may have occurred since the last base year. Moreover, sectors that were insignificant or non-existent may have barely influenced the official statistics emulating the importance of the IMF recommendation, as rebasing provides an opportunity to accommodate components of the informal sector which may now have been industrialised since the previous base.

Finally, data sources and the use of proxies are set in the base year.

Even when new information is becoming available, national accountants may be unwilling or unable to add this data to the GDP series. Thus, when the base year is out of date, the GDP series becomes an increasingly unreliable guide to interpreting real economic change.

Such was the case of Ghana when the nation’s GDP was rebased in 2010 from a previous base year of 1993; quite obviously, the structure of the economy had changed radically since then. Consequently, the size of its economy was found to be 60% bigger than previously recorded – $31 billion (Sh2.7 trillion), compared with $18 billion (Sh1.56 trillion) – leaving the world puzzled at how a country which was among the poorest in the world suddenly found itself amongst aspiring middle income countries.

On the other hand, one may wonder, and as many have fairly argued, whether rebasing changes the facts of the economy overnight.

A growth in GDP from rebasing, which is almost always the case may not be synonymous with an increase in job creation, while an increase in the overall economic output as a result of rebasing does not necessarily signify an increase in aggregate incomes of all individuals. However, the most fundamental point to note is that it avails policy makers with more accurate data on the basis of which they can formulate policy prescriptions to tackle the challenges of growing the economy and fighting underlying social problems such as poverty and unemployment – both of which are key issues facing the Kenyan economy.

The Kenyan economy is expected to grow by a fifth, providing a marginal boost to public debt, fiscal and current deficit ratios. However, this may paint a deceiving picture of the state of the economy, as the positive numbers by no means indicate that Kenyan policymakers do not have to seek long-term solutions to some of the economy’s challenges.

Nonetheless, improved credit metrics will most likely enhance Kenya’s external position as most investors pay close attention to factors such as the debt-to-GDP ratio. On the macro front, due to the law of large numbers GDP growth is prone to slow down as output moves to a higher base.

Likewise, rebasing exercises by more than a dozen other African countries bring to light the range of repercussions we can expect. For instance, in Nigeria, rebasing has caused the debt to GDP to decline from 19% to 11% for 2012, however, other key credit metrics have been negatively affected; such as the foreign exchange reserves relative to GDP which are now far smaller, signalling the possibility of a similar scenario emerging in Kenya.

The outcome of rebasing is expected to earn Kenya a middle-income status, 16 years ahead of the Vision 2030 target; begging the question – have we really attained the level of economic efficiency and quality of life enjoyed by middle income nations?

Even though rebasing maybe an important exercise from an accounting perspective; its outcome can only be dubbed as a mere placebo effect and not an actual reflection of a real change on the ground. Therefore, this transformation may seem rather premature at this point as the new GDP status will mean that Kenya will lose out the preferential treatment it gets in developed markets.

Our products will now be required to compete on the same terms with those from highly developed economies, but the truth is; our exports may not be able to survive in such an environment.

In hindsight, the outcome of rebasing may pose severe short term hurdles in our development cycle, as the country may no longer qualify for selected international assistance and donor-funded concessions.

Adaptation and revision of national accounts may not be commended despite the power it gives key decision makers to enact better informed policy decisions.

In retrospect, rebasing provides a country with a larger platform upon which growth prospects can be systematically identified; therefore enabling the efficient allocation of resources.

Like an archaic operating system void of the latest technological developments, Kenya is due for an update. As the Mid Term Economic plan unfolds the economic authorities have taken the proactive steps in improving the basis for evaluating the progress of the economy. Based on the opportunities the exercise provides, my opinion is heavily in favour of the rebase; and in the context of our technological infrastructure, let us install new software and reboot our systems.

The writer is an economic analyst at Genghis Capital