Anne Wambui looked at her Subaru Impreza Anesis of YOM 2010 and it broke her heart. Ms Wambui could not fathom the semblance of that model to that of a Toyota Axio new shape.

Well, joint car production has seen Toyota partner with Subaru, a move that has failed to tickle the 30 year old who talks about strengthening customer loyalty as something that rests on very simple things. When you realise that a car you purchased spots the shape and look of another model, how do you feel?

“Imagine the power, the memories of Subaru,” she says. “This is bad. What has happened that carmakers no longer look at the bigger picture? It doesn’t have to be so. They need to consider fans like us. It is time they engage us. Talking to small people like us could be the best thing. At least by the time we see the new cars built as a result of partnerships, we are psychologically prepared.”

But if one Wambui who has pure passion for “Subrus” like she calls them, could understand the current partnership between leading motor vehicle distributor in Kenya, Toyota and Suzuki Motor Corporation, she will cool her nerves in no time. As she continues to spread the message of her car being “way too cool”, Toyota Kenya in mid-February announced a business partnership to distribute Suzuki models, making the firm the second Suzuki distributor in the country.

Although more and more Kenyans see such a move as a low, Arvinder Reel the Toyota Kenya managing director says that the Suzuki distributor deal by Toyota Kenya will revolutionise the Suzuki brand in the market. Actually, the fresh deal seeks new approach to push up sales. 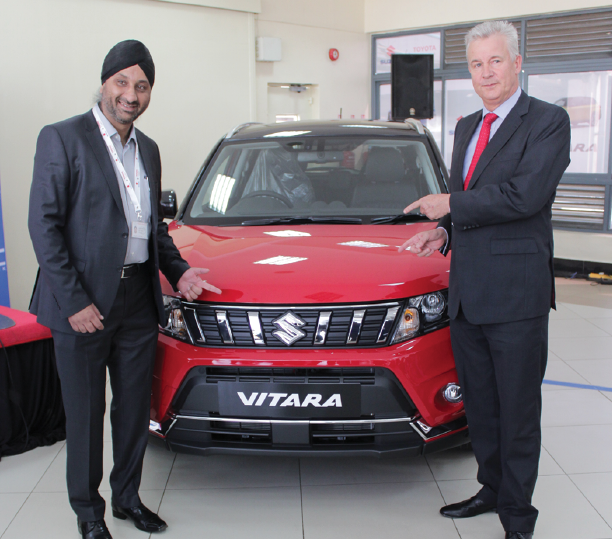 “Through this network, our Suzuki customers should rest easy knowing that spare parts and our expert after sales service team will be within reach,” says Reel. “We have continually developed a large network across the country by increasing the number of our showrooms and getting new partners as well. This will ensure that Kenyans from every corner of the country will get an opportunity to own a brand new Suzuki model.”

The introduction of these models by Toyota Kenya comes at a time the government of Kenya has proposed a reduction of the age limit of second hand vehicles over 1500CC being imported in the country from eight years to five years starting July this year.

Mr. Reel said that the launch of the Suzuki models, with prices starting from Sh800, 000 for the Alto 800CC, will be an opportunity to educate Kenyans on the advantages of owning a new car as opposed to a second hand import.

We have expanded the Toyota Kenya portfolio where we can accommodate consumers with varying tastes and preferences. We have quality vehicles ranging from an 800CC to 4500CC.

“Ours being a price sensitive market, the Suzuki models are priced to be affordable, offering a choice of models in different versions in regards to specification. Customers are able to select their model of choice that suits their budget and needs.”

An initial seven Suzuki models will be sold under the Suzuki by Toyota Kenya distributorship, offering consumers a choice of quality vehicles that cater for various needs at different price points. Going by the tagline of ‘Compact Confidence’, Suzuki by Toyota Kenya will offer the following models ranging between Sh800, 000 to Sh3.8 million; Alto 800CC, Swift 1200CC, Ciaz 1500CC, Jimny 1500C and the Vitara 1600CC.

This powerful distributorship will play a key role in further growing the company’s market share.

“We have expanded the Toyota Kenya portfolio where we can accommodate consumers with varying tastes and preferences. We now have a wider choice of quality vehicles ranging from an 800CC to 4500CC,” added Reel.

Toyota Kenya seems to be on a roll. To assist consumers in acquiring the vehicles, the company has entered into a partnership with NIC Bank to offer easy payment terms with pocket friendly monthly instalments and financing of up to 90% of the cost of the vehicle.

NIC Bank’s executive director Alan Dodd who was also present during the launch echoed the same sentiments and guaranteed the bank’s support in ensuring quick processing of the requests within one and a half days, which is by far the highest turnaround time in the market.

Initially, the Suzuki models will be available in the Nairobi showroom, as roll out to the other branch happens after the launch. Further, an additional model, the Ertiga 1500CC, will be introduced by mid this year.

The Swift 1200CC comes with a new-generation platform that features a high-rigidity frame, which contributes to crash safety. The frame’s continuous and smoothly curving shape with fewer joints effectively disperses impact energy in the case of a collision. The 1.2 “dualjet” engine features dual injectors for each cylinder, which results in greatly increased thermal efficiency.

In this age where there are more and more car models to chose from, how to boost performance needs some tactics. The distribution deal for Suzuki models in Kenya is expected to not only push up sales but also reach out to new customers.

The Ciaz 1500CC for example, is a four door sedan that features a refined K14B engine, aerodynamic and lightweight body for an ideal blend of dynamism and efficiency to deliver driving pleasure – Car dealers say it is the effective use of technologies, and high-tensile steel that make the body light yet stronger.

The Jimny 1500CC, on the other hand, has been a darling of many customers since the birth of its first model in 1970. The new Jimny now carries on the heritage of a small, lightweight authentic off-roader and is a masterpiece of Suzuki four-wheel drive technology. It is equipped with a 1.5 litre engine, a robust ladder frame, and three link rigid axle suspensions with coil springs and four-wheel drive with a low-range transfer gear.

That’s not all, the Vitara 1600CC is equipped with a unique all grip four-wheel drive system and fuelled by the “authentic Suzuki SUV genes”. It features Suzuki’s advanced forward detection system, which uses the combination of a monocular camera and a laser attached to the windscreen. Combining a monocular camera, which excels at mid-to-long distance detection and recognition of such traffic elements as pedestrians and lane markers, and a laser sensor, which excels at short-distance and nighttime detection, can achieve superb safety.