News of Jumia’s filing to go public on the New York Stock Exchange last month is stirring questions about what defines a startup as African.

While the company runs the largest e-commerce business across Africa with operations in 14 countries including Nigeria, Kenya, Morocco and Egypt, it is incorporated in Germany, has its headquarters in Dubai with its central tech team based in Portugal, and as its IPO filing shows, will be listed in New York.

Being a “German stock corporation” probably means it will pay the majority of its corporate taxes in Germany, but its subsidiaries will also pay local taxes in most countries. “There isn’t sufficient clarity on this matter,” says Aly-Khan Satchu, a Nairobi-based financial and investment analyst. “It’s basically called African because its business is in Africa but its ownership and a lot of the infrastructure is not on the continent.”

Then there’s the issue of its founders. Jumia was co-founded in 2012, by Sacha Poignonnec and Jeremy Hodara, two French former McKinsey associates who specialized in retail, packaging and e-commerce while with the consulting firm. The 38-year olds are from the traditional background of a lot of French executives via Paris business schools. They opened shop in Nigeria in 2012 alongside Tunde Kehinde (Nigerian) and Raphael Kofi Afaedor (Ghanaian) who both left the company in 2015.

The other member of Jumia’s senior management is chief financial officer Antoine Maillet-Mezeray, 49, who is also French. Jumia’s new supervisory board is a bit more African with names including Blaise Judja-Sato, the Cameroonian-American founder of VillageReach, Alioune Ndiaye, the Senegalese chief executive of Orange Middle East and Africa and Jonathan Klein, the South African-born co-founder of Getty Images.

It’s also worth noting Jumia’s management and staff in most countries are mostly local, including country heads.

As such, Jumia’s identity as an African company is based on the continent being its primary market. It’s a categorization that’s often seen in the African tech space for smaller startups and even long established tech businesses. Research methodology behind reports on venture funding trends in Africa often use primary markets as a defining standard for startups to be covered.

Partech Ventures and WeeTracker, two of the companies that publish annual reports, both include startups that have a primary market in Africa whether or not they are headquartered or incorporated on the continent. In compiling its reports, Nayantara Jha, co-founder of WeeTracker, says it considered the question of being incorporated outside the continent “but soon realized that the money was raised for Africa and not only by Africans.”

A growing number of mainstays in Africa’s tech ecosystems fit this bill. Zola Electric, the solar power company with operations in five African countries is headquartered in the Netherlands with a technical lab in San Francisco. Andela, the software developer training and outsourcing company with campuses in four African countries is incorporated and headquartered in New York.

But their “roots” aside, the social and economic impact of these companies in cities where they operate is significant. For instance, with e-commerce largely being uncharted territory before its inception, Jumia has invested heavily in tackling major infrastructure challenges including investing in logistics and delivery. It’s also developed a proprietary online payments technology. Andela’s business model is hinged on training hundreds of African software developers to become globally competitive and, long-term, Zola Electric’s solar power solutions can shore up deficits on a continent that has the slowest electrification rate globally. 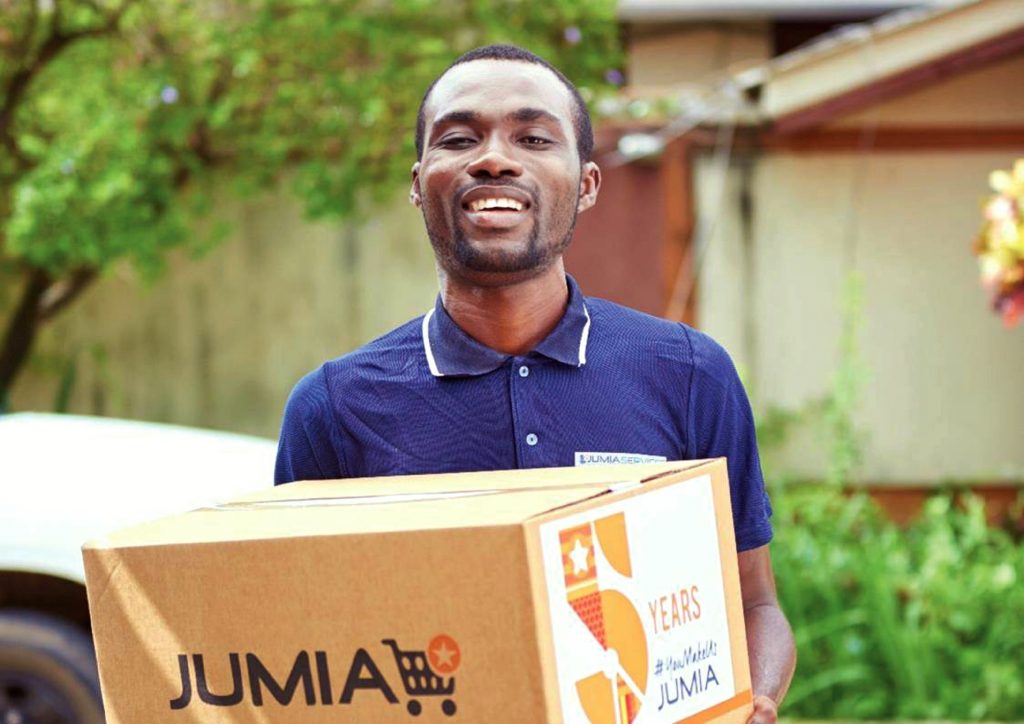 “My standard for saying a startup is African is simple: the idea originates from Africa and it is founded by an African,” says Victor Asemota, a Nigerian tech veteran and investor.

In some cases, Asemota argues, companies incorporated outside Africa or founded by non-Africans simply look to leverage the relative novelty of innovating and solving problems in Africa. For some, it’s about “using the African affiliation as a prop,” he argues. “Their real ambition is to gain quick recognition.”

But that’s not always the case as being incorporated outside Africa is also often a practical business choice given the regulatory uncertainty in several African markets.  Several of the best known African startups with African founders are incorporated in places like Delaware in the US for this reason.

“Most international investors have challenges when they try to push money to sub Saharan African countries as investment so they’re more comfortable with investing in companies incorporated in the US or markets they’re more familiar with,” says Seni Sulyman, global VP at Andela.

Until that “unfortunate” reality changes, Sulyman predicts more African startups will aim to get incorporated abroad to maximize access to venture capital especially as funding pools closer to home are remain unlocked. “Access to funding is a great driver for incorporating outside,” Jha reiterates. “Today, Jumia’s IPO is possible because of Rocket Internet [its parent company incorporated in Germany].” But having been incorporated outside the continent, Jumia’s branding as an African company is “public and investor relations being played at a quite high and interesting level,” Satchu says. “They want to indigenize their brand [as] successful brands in Africa tend to be adept at indigenization. It’s subtle and clever marketing to cloak itself in the righteousness of the continent and seek to dilute the fact that its ownership is not on the continent.”

The move could also be rooted in a two-part “defensive” play for market dominance, Satchu speculates. “They’re trying to capture the first-mover advantage ahead of what is surely going to be extremely fierce competition with Alibaba and Amazon,” he says.

While Jumia positions itself as African—“the leading pan-African e-commerce platform”—in the S1 filing Amazon and Alibaba’s foothold in the US and China respectively means they will likely be regarded as being wholly foreign by local consumers. The other part of the play would be to “probably look for one of those (Amazon or Alibaba) to take a stake in the business.”

As Quartz has previously reported, it’s a big-picture play many industry insiders believe to be the end goal for local e-commerce businesses. It appears even more plausible for Jumia given its well-documented steep losses: in total, Jumia has already accumulated losses of nearly $1 billion operating for in its African markets.

While looking to define the identity of a startup operating in Africa, Sulyman advocates not losing sight of the company’s local impact especially if such company “is being a great corporate citizen…where employees are being treated equitably irrespective of where they’re from or where they are.” On the other hand, Sulyman concedes the scrutiny is prompted if a company “is purely extractive” or adjudged to be “deceptive for the sake of branding and PR” to lean on the novelty of Africa’s tech ecosystems.

But Satchu says it’s “absolutely important” to be explicit about businesses’ identity and roots regardless. “So many incorporations in Africa prefer smokes and mirrors,” he says. “Shining a torch on these things has to be a good thing.”  Quartz Africa