As we head into 2019, the hopes of those of us who were speculating that the property market would recover during 2018 and reverse the negative trend of the last three years are fading out.

All available data point to the same conclusion, Kenya’s property market is now going through a recession period with all relevant indexes making correctional moves downwards. Supply and Non-Performing loans are increasing as a result of the underperforming and overvalued market.

A few days ago the Kenya Bankers Association (KBA) released their report for quarter three of 2018. As per the report, housing prices were flat in the third quarter of the year, saddled by increased supply of new units despite subdued demand.

The Housing Price Index (HPI) report covering three months to end of September says house prices rose by 1.35%, a slower pace compared to the 1.76% rise in the second quarter of the year, representing a 0.41% decline from the 1.76% rise during the second quarter of 2018. The softening in house prices manifested in the gradual decline in the rate of price growth seen over the first three quarters of 2018 is a reversal of the up-tick seen in the noticeable rise observed from the fourth quarter of 2017 to the first quarter of 2018.

The state of affairs in the market is a reflection of subdued demand on the back of continued investments in the housing market, which remains skewed towards the middle and high income. The overall stability in house prices is inferred from the changes in the KBA-HPI remaining under 1%. This is due to the fact that the market dynamics are tilted towards the influence of demand conditions and are likely to respond to the anticipated changes on the supply side once the developments under the government’s affordable housing initiative come on stream.

The risk appetite of both developers and financiers is equally anticipated to adjust in line with the above observed market dynamics. While the KBA-HPI index remains on a marginal upward trajectory, the fixed base index shows a sustained decline over the past three quarters (Table 1 & Figure 2) during the third quarter of 2018 to stand at 118.75. Similarly, whereas the KBA-HPI index has continued to rise (Figure 2), the rise in house prices has been mild suggesting a sense of broad market stability.

Going back to the first HPI that KBA published, we will find that 2013 Q1 is the fixed base standing at 100 units. Today almost five years later the same fixed base index stands during Q3 of 2018 at 118.75. That represents accumulated growth in a period of almost six years (69 months from Q1 2013 to Q3 2018) of 18.75% or simply an average annual price growth of 3.25%. This price growth in other countries could have been a very positive sign but for a country with the macroeconomic data and challenges like Kenya it is an emergency alert that something is going wrong.

The actual purchase power of the Kenyan shilling since 2013 has weakened more than the increase in property prices. According to available data from the World Bank and Kenya national bureau of Statistics, inflation in Kenya between 2013 and 2017 reached a total of 33.474% while during 2018 the current average inflation was at 5.04%. That means that for the same period that we are examining, inflation in the country exceeded 38% respectively. Considering the fact that since 2013 the Kenyan shilling has also weakened by over 20% and that a fixed deposit account with lower risk than property investment could easily offer annual interest rate close to 10%, government bonds offer yields of 12,6% (10Y) then it is obvious that investing in real estate market for the average investor was not really the best option .

If you had an option to choose between the real estate market which offers an average annual yield of 3.25% and a Kenyan government bond offering 12.6% to place your money for five years, do you really know how much money you would lose choosing the first option?

According to financial sector stability report published by the CBK early September in collaboration with the Retirement Benefits Authority (RBA), Insurance Regulatory Authority (IRA), Saccos Regulatory Authority (SASRA) and Capital Markets Authority (CMA), the real estate sector posted the highest growth in loan defaults in three months ended June. This is an expected development as the market is underperforming and overvalued underlining that developers are struggling to find buyers for houses amid declining returns and cannot fulfill their loans and finance obligations. 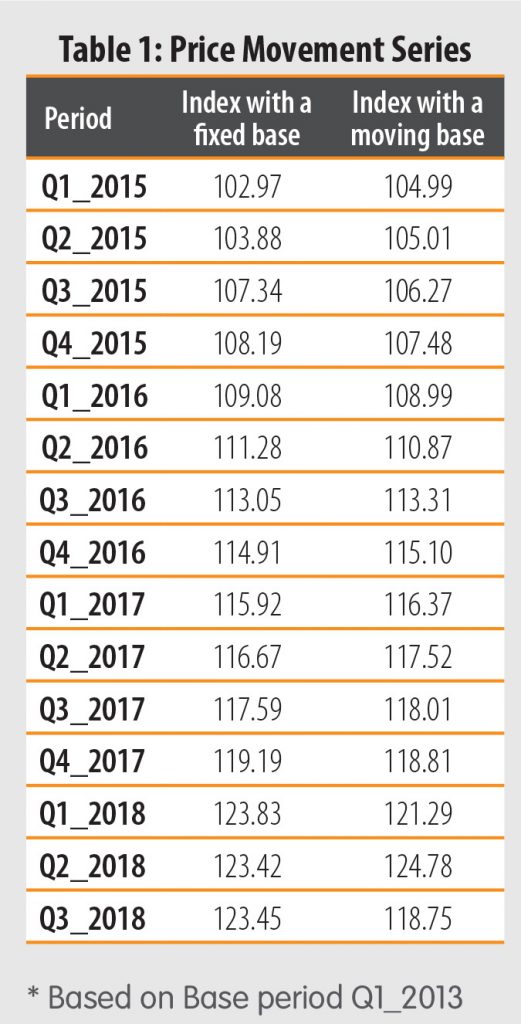 Non-performing loans (NPLs) in the sector rose by Sh6.1 billion, or 15.8% in April-June to Sh44.4 billion compared to the previous quarter as property developers outpaced manufacturers (11.7%) and traders (7.3%) in growth of default on loans. That means 11.3% of the Sh392.7 billion gross loans extended to investors in land and houses by commercial banks over the years were not being serviced as at the end of June, according to CBK’s quarterly report released a few days ago.

The biggest challenge that the market has to face today is an oversupply of expensive properties which were built on a Buy to Rent or Build to Rent philosophy and which cannot find sufficient tenants who are willing or even afford to pay the asking rental prices. Property owners in their effort to create sufficient income to cover primarily their loan obligations and secondary, their own invested capital are forced to demand rents that the market cannot afford to pay. With the average time required to get a tenant increasing and the number of vacancies especially in Nairobi skyrocketing, landlords have started to adjust their asking prices to the week market dynamics, reducing rents as well as their sales asking prices.

Average rental prices whose growth has been declining since 2013 suffered faster deceleration from December 2016 and remain in negative territory. This combination of falling growth rates in rental income and selling prices signals low demand for properties, and could be explained by an actual reduced purchasing power for properties. Banks and financial institutions remain very  cautious and particularly inelastic  in terms of approving and granting credit for investment in the real estate market either for investment or for the purchase of a home.

The struggles in the property market is reflected in the performance by mortgage financier HF Group which sunk into a Sh332 million net loss in nine months ended September, largely weighed down by loan defaults which forced it to cut lending.

It is a fact that a market without easy access to finance has no future. For many years the Kenyan market has managed to grow based on money invested via saccos, investment groups and chamas as well as money from the Kenyan diaspora and other disputable sources of money. The banks have always been cautious regarding the property market as they could foresee the high risks involved. Today the market dynamics and conditions have changed. Saccos, Chamas, Investment groups and even the banks require a dynamic market where the capital invested is quickly recovered and recycled in order to finance new projects and support the sector’s longevity.

The current market slowdown and the increase of the NPLs clearly signal the development of a new era for the property market. The real estate sector registered the highest increase in NPLs by Sh6.1 billion (15.8%) due to slow uptake of housing units according to the CBK’s latest Quarterly Economic Review.

Housing has been one of Kenya’s most preferred and rowing sectors over the last decade, with returns from real estate expected to outpace equities and government securities. This only happened for a limited period of time as for the last almost five years the reality is different.

The nosedive in growth of returns for property developers was manifested last quarter of 2017 when selling prices reduced by about 4.10% compared to a 10.21% jump in the same period of 2016 due to large stock of unsold units.

It is really sad to realize that the housing and property market of Kenya are not sustainable. The fact is that billions of shillings have been lost in real values despite the fact that owners do not always realize this loss, as they prefer to live with hopes and wishes. All those who are in the market trying to rent or sell understand very well that they have to compensate and reduce their expectations from their property market investment and they have to face the losses.

The most tricky part of the whole current situation is that today, Kenya has a fragile economy, with several macroeconomic data such as the external debt and account balance deficit growing fast, forcing the government to implement tax policies which are reducing the purchasing power of the average Kenyan family and shaking further the weak and risky foundation of the property market.

Adding the latest challenges regarding the legal aspect of the property market with the ongoing demolitions and the title disputes around the country the real estate market is going through maybe the most challenging period of the last decades. Investors need to review their positions, portfolios and their strategies. It is time to reevaluate their project expectations and take immediate actions to minimize their exposure to the market risks and minimize their losses.