Not long ago, Africa’s online space was empty and the retail sector limited. Fast-forward to the present and this has all changed. E-commerce has become quite popular. This has seen the likes of Jumia, which was launched in Nigeria in 2012 grow into a billion dollar company. In 2016, the company became Africa’s first unicorn after it was valued over Sh101 billion ($1 billion).

In April 2019, the start-up listed in the New York Stock Exchange (NYSE). This saw the e-commerce dubbed the first African start-up to join the NYSE. According to Ernest Eguasa, Jumia chief financial officer, the NYSE is the largest stock exchange in the world.

“There are lots of big tech players there, including Amazon and Google. And investors are quite familiar with the e-commerce business. For these reasons, and others including improved perception of the company to allow us acquire new customers, new vendors, they were the logical reasons to go to the NYSE,” he said.

Despite the listing being good for the company as it saw its shares rise by almost 70% on its debut day, the whole move has also brought up some important questions. For instance, how a start-up can be defined to a particular region.

A start-up can be described as any business in its early stages with a high risk of failure and a high potential for disruption of the existing market. Basically, start-ups are businesses that are focussed on growth, designed to search for a repeatable and scalable business model. Examples of start-ups include Juno, Starry, Jumia, Sokowatch, Intelworld, Sky.Garden and hearX.

Start-ups have become increasingly popular all over the world, especially in Africa where they are growing in number. However, despite the increase in their numbers, one question still remains, what makes a business to be considered an African start-up? The definition has been a conundrum because of many loopholes that exist on the continent. To define an African start-up, we can look at where the economic benefits go for example, job opportunities, as well as the taxes.

Taking Jumia Group as a subject, we can better identify which companies can be defined as African start-ups. The company was co-founded in 2012, by Sacha Poignonnec and Jeremy Hodara. The two Frenchmen are both former McKinsey consulting firm associates who specialized in retail, packaging and e-commerce. In the same year the two partnered up with Tunde Kehinde and Raphael Kofi Afaedor to open its first shop in Nigeria.

Since then, the company has grown to run the largest e-commerce business across Africa being active in six regions, operating in 14 countries including Kenya, Nigeria, Egypt and Morocco. The company was operating through Africa Internet Holding GmbH and its subsidiaries however, at the end of 2018 shareholders decided to change the company’s legal form into a German stock corporation while also changing the name to Jumia Technologies AG.

At the start of 2019 the company name became effective upon registration with the commercial register of a court in Berlin, Germany. This saw Jumia become a company duly incorporated in Germany. This means that a majority of its corporate taxes will be paid in Germany thus benefiting them despite the company still paying some local taxes as a result of its subsidiaries in the different countries. 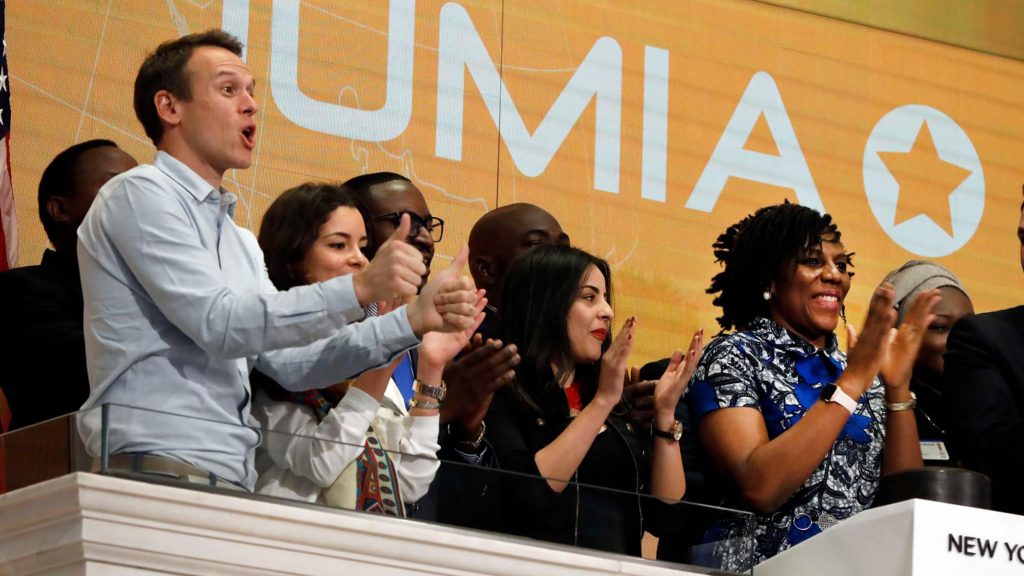 Additionally, the company also does not have its central development centre, which includes technology and data teams in Africa rather, it is located in Portugal due to Internet connection, cloud and data centre. It is clear that Africa is losing out on such job opportunities to Portugal while it is being left with the opportunities in warehouses. Sacha Poignonnec, Jumia’s CEO, says that the reason that the main operations are in Portugal is because in reality, in Africa there isn’t enough development and developers. This is despite there being a large number of youth on the continent who are in the same field without employment.

The company also includes a small team of key account managers who are located in Dubai, U.A.E. As a result, this has taken away opportunities and benefits from Africa which it could use to develop further. The offices which are considered the company’s headquarter are normally used to oversee partner brands which also have their headquarters in the same region according to Jumia.

In addition, listing at NYSE, Jumia overlooked other securities in Africa such as the Nigerian Stock Exchange, Nairobi Securities Exchange and the Egyptian Exchange (EGX). In their defence, Sam Chapatte, Jumia Kenya managing director, said that they decided to go with NYSE because “it is where the best understanding of the investor side is about our business model and also it would be the best place to ensure investors have a good return on investment.” 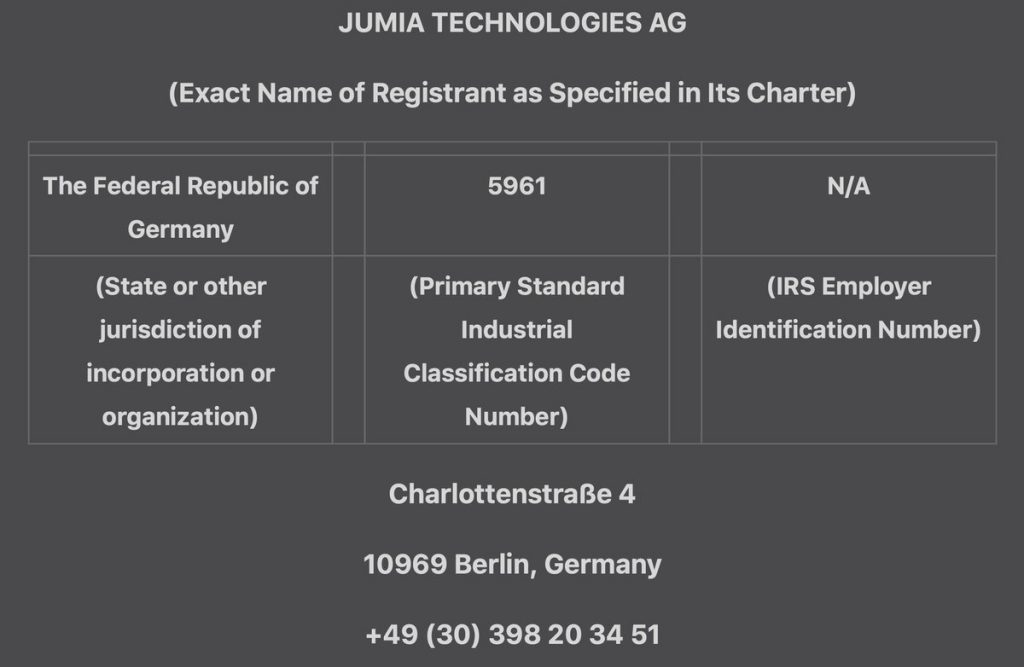 Jumia has been operating in Africa since its inception in 2012 and so far it has been able to employ over 5,000 people in warehouses and as country heads. It has ensured that a large number of these opportunities have gone to locals thus benefiting the economy in large. Focussing on Africa has enabled the company to bring change not only in creating job opportunities but also helping local enterprises to grow their businesses. Jumia has been able to foster economic growth by helping almost 100,000 sellers on the African continent.

As a result, Jumia is focussed much on Africa with a great deal of its operations on the continent. That, however, is not enough for Jumia to be labelled an African company as its CEO suggests. The company exclusively operates in Africa but that on its own is not enough to have the title. It is without a doubt that Jumia is helping Africa but with its major benefits being directed outside the continent, the company can only be labelled as an African-focussed company and not an African start-up.