Enterprise
By Lanji Ouko Machakos Town’s future looks bright, especially the hospitality industry that has become a crowd puller for investors and other professionals tasked with implementation of various multi-billion projects in the region. Welcome to Gelian Hotel, a hotel decorated with expensive silk, imported wood, crystal chandeliers and the belief that Nyiva Mwendwa would feel at home if she ever got round to popping in for a glass of sauvignon blanc. Yes, a beautiful exclusive hotel in the heart of Machakos Town. Three years ago, Alfonse Kioko, former CEO of leading Tanzanian airline, Precision Air, the owner and founder of Gelian investment Limited approached the Kenya Commercial Bank for a financing deal. According to Kioko, the bank was interested in a good proposal before agreeing to fund the project for a value he declined to disclose. Machakos Town, Kioko says, was the right place to invest in a high-end hotel owing to what he terms as an acute shortage of good places to stay. In addition, he says there has been increased traffic from the City of Nairobi every now and then due to the number of entertainment and sporting activities in the town. Accommodation during such sporting events was extremely difficult for most guests visiting the town. Most people were forced to find accommodation as far as Masii, 15 kilometres away, or in the neighbouring Makueni County. 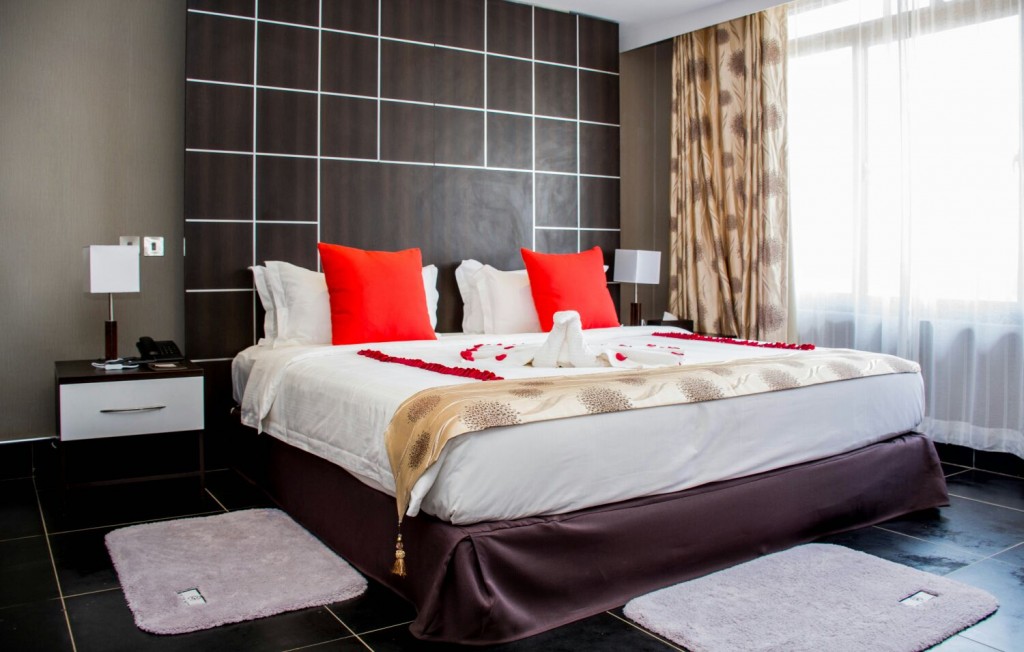 Gelian Hotel is constructed to keen detail. Mindful of the awful depression that had settled over the nation’s hospitality industry, it is a clear indication of their confidence to invest in destination Kenya. Machakos Town is growing at a rapid rate. Though hemmed in by hills on all sides, the town still has room for growth with new projects under various stages of construction. It must be remembered that one of Governor Alfred Mutua’s much-publicised promises was to allocate free land to upcoming investors. There was also talk of a new town being built from scratch. “We are close to the country’s major infrastructure projects such as the Jomo Kenyatta International Airport. We are next to the proposed dual carriageway towards Konza, Kenya’s next ‘Silicon Valley.’ We want to be the pioneers of the big changes in the county rather than just talk of unfulfilled promises,” says Kioko. The Multi-million investment of high quality construction consists of 52 Superior Rooms, 32 Deluxe Rooms, 4 Ambassadorial rooms and 2 Presidential suites. “It was time to look for new horizons having conquered the skies. Behind every challenge there must be an opportunity. Be willing to risk and other investors will follow your lead,” Kioko says. Gelian hotel comprises of 5 conference rooms and 2 meeting rooms, which have a capacity of, 400-pax, which is the largest among the hotels in Machakos County. Wireless high speed Internet is accessible in all public areas and meeting rooms. Air-conditioned meeting rooms and easy accessibility for the physically challenged. All the conference rooms have a stand by banqueting attendant. The hotel has a guaranteed power supply with a backup generator to ensure uninterrupted conferencing and boasts of already having hosted events for the giants including USAID, KCB, Mabati Rolling Mills, and Kenya Communication authority among others. 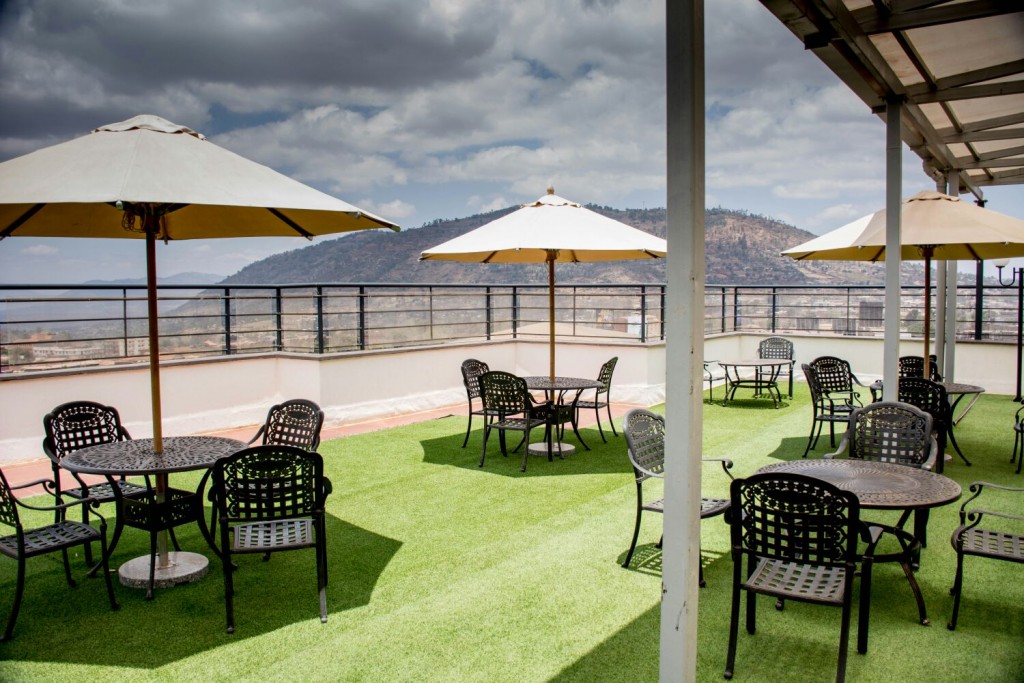 Additionally, Gelian boasts a state of the art gym, spa and swimming pool with dedicated instructors. The hotel has various restaurants and cafes however, what makes it stand out from your everyday hotel is the state of the art nightclubs located within the same premises, frequented by revellers from Nairobi every weekend. Breezers, a poolside bar located on the second floor, offer great food and refreshments in a calm, relaxing environment. Club Euphoria, ironically, the most talked about club in Nairobi since 2015, is fully equipped with rotational, laser and club lighting along with TV screens and large screens that provide a 360 degree view of any sporting events and music videos. The sound is well calibrated and is configured to keep noise levels down outside the club. The club consists of a VIP section, an enclosed VVIP section and a dance floor area coupled with well-trained staff to ensure guests enjoy the night. The club also has various theme nights such as Rhumba Tuesdays, Karaoke Wednesdays, Quiz Nite Thursdays, Students Republic night on Friday and Party Nights on Friday and Saturday. Machakos is a growing town and people are always looking for new entertainment and a way to let loose. Club Euphoria opened its gates in Machakos to offer top entertainment services to patrons with high quality sound, superior services and 24 hour CCTV and security to ensure patrons can enjoy their night without any security breaches. Kidum, Nameless, PUnit, Jua Kali, DJ Bash, Crème de la Crème and Joe Mfalme have all performed here. Then, there’s the rooftop bar, Cloud 9, which boasts a beautiful panoramic view of Machakos Town. “There are a few challenges that need to be overcome for the town to attract the investment it requires. Food production in Machakos cannot satisfy the current and projected needs of a growing town due to lack of water for agriculture. We also need to improve the town’s infrastructure in order to attract industries back to Machakos,” says the proprietor of Gelian Hotel.