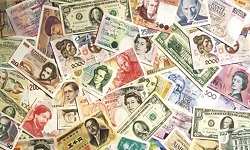 Addis bank to test Equity, KCB regional controlBy EMMANUEL ROTICH
Fierce rivalry could be witnessed in the banking sector following the intent by an Ethiopian bank to set operations in Kenya.

Commercial Bank of Ethiopia (CBE), one of the region’s biggest banks, says it plans to spread its operations not only in Kenya, but in other East African countries. Its entry threatens to complicate the push by Kenyan banks, mainly the Kenya Commercial Bank (KCB) and Equity, to dominate the region’s financial services.

Indeed, analysts expect jitters in Equity and KCB given this development.

In the just ended financial year, KCB recorded a 17.5 per cent rise in its net profit from Sh12.2 billion in 2012 to Sh14.3 billion in 2013. The growth was as a result of partnerships, expansions and innovation in its operations in the region, according to its Chairman Ng’eny Biwott.

The bank’s total operating expenses appreciated by seven per cent from Sh25.3 billion to Sh27 billion attributed to one-off restructuring costs carried out during the year.

On the other hand, Equity Bank of Kenya, the bank with the largest number of depositors in East Africa, announced a Sh19 billion profit before tax in February, up from Sh17.4 billion in 2012.

Even with the impressive results, CBE insiders say it is only the Kenya Commercial Bank that can give it a run for its money in East Africa. “Ethiopians have a strong work ethic unlike other East Africans. This could give them an edge as they expand in the region,” said Mr Biwott.

KCB is currently present in Rwanda, Uganda, Kenya, Tanzania and South Sudan – perhaps the most profitable of all the bank’s subsidiaries.

It entered S. Sudan in 2006 despite a lack of central bank then. It started its operations in a temporary structure. Today, it has 12 branches in Juba, with a market share of more than 50 per cent in the entire country.

The bank now plans to go for green markets in DR Congo, Ethiopia, Somalia and Djibouti. In the next 10 years, KCB says, it would have covered 20 countries in Africa.

This, however, may not be a walk in the park as CBE and Equity Bank sharpen their teeth for opportunities in the region.

As at January this year, the CBE had 780 branches spread across the country. With a total asset value of Sh708.05 billion as at June 2013, the bank has seven million account holders.

CBE has a robust relationship with more than 50 renowned foreign banks such as Frankfurt-based Commerzbank AG, Royal Bank of Canada, City Bank, HSBC Bank among others.

“We also have a SWIFT bilateral arrangement with more than 700 others banks across the world. The bank combines a wide capital base with more than 18,000 talented and committed employees,” said a bank’s senior manager who has been in Nairobi for a reconnaissance.

Its territorial expansions have been conspicuous, with CBE entering South Sudan in June 2009. “This showed our appetite for more opportunities in the Eastern African market,” he said.

In the first half of the 2013/2014 financial year, the bank introduced new banking products such as interest-free banking and youth saving account, a move analysts say has played a key role in mobilising savings.

According to CBE, work is in progress for the launch of a women’s savings account as well as a special service to premium clients.

The government later merged Addis Bank into the CBE in 1980 to make it the sole commercial bank in the country.

Parliament recently increased the Bank’s capital to 4 billion Ethiopian Birr (Sh18 billion). Of the country’s 19 commercial banks, two of them were listed among the top 100 in Africa in terms of capital in 2012. CBE was ranked 57th and Dashen Bank 88th.

He says the banking systems in the region are highly concentrated and generally inefficient at financial intermediation. “They are characterised by their small size and low intermediation, and despite little barriers to entry and exit, competition is still limited. In this context, access to finance in sub-Saharan Africa is among the lowest in the world and presents one of the key obstacles to the activity and growth of enterprises. This in turn constrains the region from achieving its full growth potential,” said Mr van Ballekom.

But with the on-going structural changes in the banking sector, such as the emergence of mobile and agency banking as well as Pan-African banking groups, Mr van Ballekom says these institutions have a huge potential to transform the existing business models, improve competition and efficiency and access to finance and financial inclusion. Attempts to reach the Central Bank of Kenya on the progress of the entry of the Ethiopian bank were unsuccessful.