When Kenya announced late May that it would not sign a free trade agreement that China has been negotiating with the East African Community (EAC) partner States, it marked the beginning of a new era for Nairobi’s economic architecture.

After two years of intense lobbying by Beijing to have the East African states—Kenya, Uganda, Rwanda, Burundi and Tanzania—agree to the trade deal, Nairobi, unexpectedly, pulled the trigger. With that, Kenya’s trade relations with China will never be the same.

Disregarding the expected diplomatic brouhaha that such an action would bring between two nations, Kenya said the decision was intended to protect her nascent manufacturing sector from China’s cheaper exports.

To many analysts and industry players who spoke to the Nairobi Business Monthly, this decision was welcome and timely, as it will redefine the country’s waning manufacturing sector.

For Kenya, the uncontrolled influx of Chinese products has systematically, and surely, hurt local manufacturers—taking away thousands of jobs and triggering the closure of big industries—a turn of events that Nairobi’s trade mandarins attribute to this decision.

This has been long coming. Kenya has, over the past decade, deliberately grown her trade relations with China. The policy shift that was started by former President Mwai Kibaki has attracted critics and proponents in equal measure.

The now ill-fated trade deal between China and the EAC would have seen more Chinese goods enter the bloc at cheaper tariffs.

“Kenya is ready to agree on certain commodities that China would want to import so that local exporters can focus on them specifically for the Chinese market,” said Kenya’s Trade Principal Secretary while announcing Kenya’s withdrawal from the pact.

According to the Economic Survey 2018, Kenya’s exports to China stood at Sh10billion last year while Beijing’s imports to Nairobi stood at Sh337.4 billion – a trade deficit of Kshs.327 billion in favour of China.

“In rejecting the proposed free trade pact between the East African Community and China, Kenya has taken a bold step that is also in tandem with its economic policy. Even with existing tariff walls, trade balance is heavily skewed in favour of China, which already accounts for a quarter of Kenya’s imports and 2% of exports” said the Business Daily, Kenya’s business newspaper in an editorial.

“Retention of the current tariff levels cannot be regarded as a restrictive trade practice, but one that protects local firms while keeping Kenya as an open free market economy. If there has been consistency in Kenya’s economic philosophy, the idea that our development must progress from agricultural to industrial production stands out,” the newspaper wrote on May 15.

In public, government officials are cagey in addressing the core issue hurting the manufacturing industry. But in private, they concede that the influx of cheap goods manufactured in China has dealt a major blow to the industry that is meant to drive Kenya’s industrialisation ambitions in the coming decade.

This, coupled with high production costs in Kenya, relative to other key manufacturing bases, has sent major global companies folding their local operations and shifting them to other countries.

Tata Chemicals and Kenya Fluorspar are among the major manufacturers who have had to cut down on their production in the recent past. And the list of companies that have significantly cut, or stopped manufacturing altogether, or shifted their production plants to neighbouring countries is growing.

Eveready East Africa has reduced its workforce by more than 300 employees and shut down its Nakuru plant while Colgate Palmolive, Reckitt Benckiser, Cadbury Kenya, Bridgestone, Devki Steel and Procter & Gamble have shifted their production bases to other countries, citing cheaper imports and high operational costs.

In 2017, listed Sameer, the producer of Yana tyres, closed its factory citing a difficult business environment mainly caused by influx of cheap Chinese and Indian tyres, rising production costs and an unfavourable tax regime. As a result of these decisions, thousands of workers have been rendered jobless, worsening Kenya’s dubious unemployment credentials.

Hebatullah Brothers, manufacturers of aluminium and Kenya’s largest suppliers of both protective and decorative glass dealing in all types of building glass, high-quality toughened glass assembly, laminated glass of varied thickness, curved glass, anti-bandit and bulletproof are struggling with unmoving products courtesy of the influx of cheap and low quality aluminium and glass products from China. Sources within the company say management is, for the first time in all the years the company has controlled Kenya and East Africa’s glass and aluminium market, struggling with the huge wage bill. Retrenching of the workforce is eminent.

“The sector’s contributions to GDP and employment are declining as a result of both internal and external factors. Key challenges include high production costs and competition from cheap imports, especially from China and India,” said the Kenya Economic Report released by the Kenya Institute for Public Policy Research and Analysis (Kippra), the quasi-government think-tank.

In February, the Kenya Association of Manufacturers in a survey said at least 63% of manufacturers cited cheap imports as the biggest threat to their competitiveness this year.

“It’s necessary to fast-track the implementation of the Trade Remedies Act 2017 that seeks to deal with unfair trade practices such as dumping, subsidizing and import surges,” said KAM while releasing the survey. “We want full enforcement of existing laws to ensure fair trade practices and a level playing field,” the lobby said. 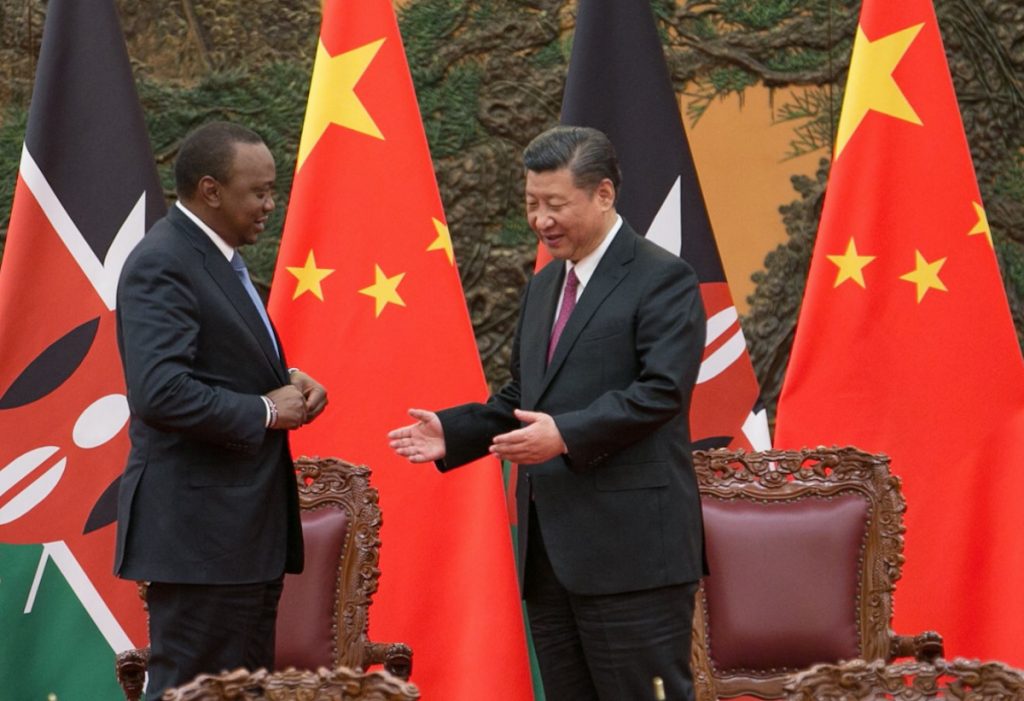 Under the President Uhuru Kenyatta big four agenda, Kenya has picked manufacturing as one of the focus areas for the next four years, with a plan to increase manufacturing to 20% of GDP.

“But these initiatives would only make sense for Kenya if the manufacturing sector upgrades its capacity and efficiency to increase the volume, quality and competitiveness of manufactured products in the export market,” said Peter Warutere, a current affairs commentator in local dailies.

“That involves a lot of policy and operational changes, the most important one being to change from a principal exporter of cheap raw commodities to a significant exporter of manufactured goods and value-added services,” he said.

Manufacturing firms in Kenya are heavily dependent of imports of food and non-food industrial supplies, said Phyllis Wakiaga, the CEO, Kenya Association of Manufacturers, adding that strengthening of value chains by encouraging and promoting some of the imported inputs will create backward and forward linkages in the economy.

“A good example is edible oil where crude oil is imported in Kenya but sunflower growing can be encouraged to reduce the need to import. We have highlighted the need to prioritize the protection of local infant industries in order to drive creativity and innovation thereby continually creating sustainable and productive jobs.

“The diversification of export markets is also key as it centres on enabling local manufacturers to access regional and global markets thereby enhancing export driven manufacturing,” said Wakiaga in a strategy paper for 2018.