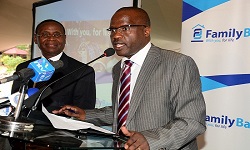 The amount of outstanding Anglo Leasing debts that the National Treasury plans to pay off, according to documents tabled before the Parliamentary Budget Committee.

The year that British explorer Tullow and partner Africa Oil Corp will submit development plans to the Kenyan government.

Kenya has a compliance rate of 70 percent with approximately 8.4 million cards having been upgraded to be EMV compliant, according to Kenya Bankers Association. Kenya is the fourth country in the continent to seek EMV compliancy following an increase in fraud after South Africa, Nigeria and Rwanda.