Enterprise
BY GABRIEL CAJETAN Flowered maize crop jostle for space as it sways to the cool breeze on the slopes of Kessup village in Keiyo North within Elgeyo-Marakwet County. For more than ten years, Moses Kerita, like majority of the residents of Elgeyo, has been practicing small-scale maize farming. But erratic weather patterns and unpredictable maize prices have pushed many farmers into cultivation of alternative crops. 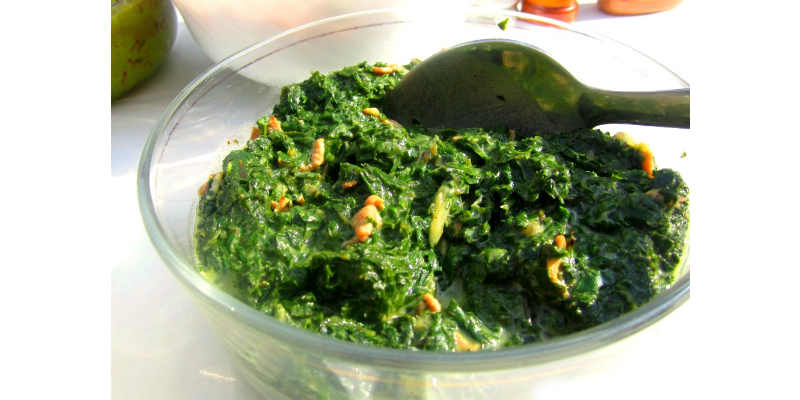 Nightshade, commonly known as managu, is gaining popularity among many farmers in this region. Moses started planting nightshade six years ago on a one-acre piece of land but has since expanded the acreage to four due to ever increasing demand and good returns. The poor harvest and the heavy losses he incurred in maize farming six years ago due to erratic rains was his turning point. “That was the last time I involved myself in maize farming. I had only leased an acre piece of land after borrowing some money from my friend. I pumped in a lot in terms of production costs, time and energy and when the rains failed, all my expectations dried up,” says Kimeli. Kimeli later tried his luck at snow peas, as there was a company that was buying them for export market. But he would quit six months later due to lack of market for the produce. “That is how I ventured into nightshade farming and I have never regretted the decision.” According to Kimeli, nightshade offers better returns compared to maize.  He says the production costs per acre from planting to harvesting could range from Sh30, 000 to Sh40, 000 but the returns could be over Sh250, 000.  From an acre, Moses harvests between 250-300 bags of vegetable, much of which ends up in local markets in Eldoret, Iten and Kabarnet towns. Unlike other crops that take several months to mature, the indigenous vegetable mature within a month. A 90kg bag goes for between Sh1, 500 and Sh4, 500 depending on the season.” During the dry spell when there is scarcity of vegetables, prices usually rise as the demand goes up, says the father of two who dropped out of school in form two due to lack of school fees. Moses says a managu farmer can harvest up to six times per one planting season so long as one adds relevant fertilizer to ensure they continue flourishing. “I usually buy two bags of the CAN and DAP for an acre. I normally start with DAP while planting but after two or three weeks, I start applying CAN while weeding. This makes the vegetable greener and stronger,” says Kimeli. Nightshade seeds are first planted in a seedbed to sprout and become ready for transplant after two weeks. Kimeli weeds his farm after every three weeks to ensure he gets bumper harvest. He plants his seedlings at different age intervals to ensure that he harvests the crop throughout the year. The 30-year-old farmer says nightshade farming has not only transformed his life, but that of his siblings as well. “I am comfortably educating my two brothers; one in the university and another one at a mid-level college,” he says. The man who intends to expand his acreage hires 30 casual labourers per day who work on his five acre piece of land and spends a total of Sh6, 000 daily. One of the main challenges that Kimeli has to cope with is Bacterial Wilt. He however practices crop rotation in order to address this menace. The recent launch of a project by World Vision dubbed Enhancing Nutrition Services to Improve Maternal and Child Health in Kerio Valley region, which seeks to address malnutrition and stunting has been a major boost for the demand of the commodity. The Non –Governmental Organization has been using one of Kimeli’s farms as a demonstration plot to sensitize farmers in the region on the need to plant nightshades among other bio-fortified crops which are rich in vitamins. Geoffrey Wapakala, a program officer at the World Vision says they encourage farmers to plant managu due to their nutritional value. “It provides a lot of Vitamins A which are essential for boosting the immunity of a person besides aiding in the development of the brain,” he adds. Kimeli’s neighbours have since embraced the concept. A spot check across several restaurants in Iten and Eldoret towns shows how the demand for indigenous vegetables has increased. Since managu requires plenty of water, Kimeli taps the commodity from one of the waterfalls in the region which then flows using gravity. He uses drip system of irrigation especially during the dry season. To minimize costs, Kimeli produces his own seeds. When the plant matures, he plucks the tiny fruits then removes the seeds, which he dries under the sun for days before planting them in a seedbed. He intends to acquire more land in order to expand the acreage under nightshade plantation.