Equity Bank, GT Bank, and Capitec are the preferred retail banks among citizens of Kenya, Nigeria, and South Africa, respectively, even as 80% of the adult population in Africa do not use formal or semi-formal financial services, according to the results of a new straw poll survey conducted by leading mobile research firm GeoPoll on the state of retail banking in three of Africa’s biggest economies.

While financial penetration remains low in Africa overall, 95% of survey respondents in Nigeria, 94% in South Africa, and 90% in Kenya indicated that they maintain at least one active bank account, according to the results of the survey.

Among those with active bank accounts in the three African countries, customer service was named the most important factor when deciding which bank to use by a majority of the survey respondents.

The study used GeoPoll’s proprietary mobile data collection technology, the GeoPoll mobile app to reach users in Nigeria, Kenya, and South Africa. The respondents were served more than a dozen questions about their personal retail banking habits and preferences. 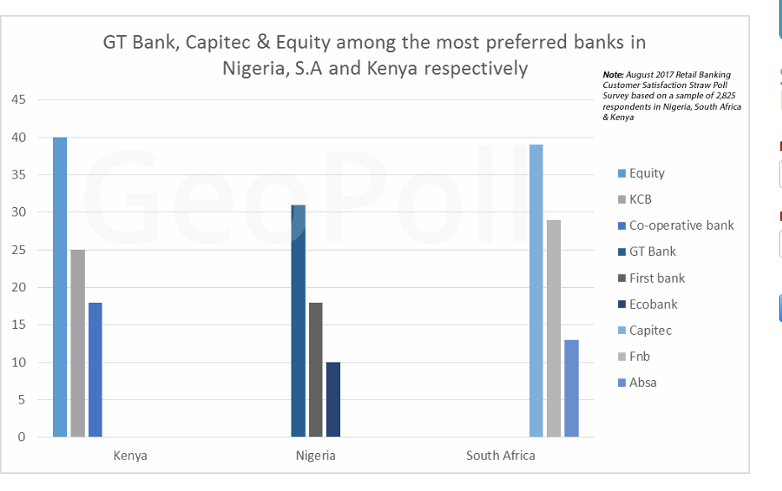 Key findings from the study include:

Transaction fees, a lack of adequate loan facilities and complicated loan processes were among the likeliest reasons citizens of Nigeria, Kenya, and South Africa are unhappy with their banks.