Society
By David Onjili Nyayo National Stadium was the venue when subtly; Kenyan soccer witnessed a change of guard when Dennis Oliech, who had treated us to amazing memories, passed the baton to his understudy, Michael Olunga. It was Africa Cup of Nations Qualifiers Group E on September 6 2015 and the coaching staff of Bobby Williamson and Musa Otieno must have planned this since when the teams took to the pitch to warm up, Oliech and Olunga were paired. In the game, Olunga was played off his master, Dennis, and as fate would conspire, a long ball into the penalty box from the left back was intended for Oliech, yet, he drew away the defenders with a dummy run to the left leaving his understudy to intercept the ball before Zambia custodian and yes, Olunga scored his first international goal for Harambee Stars. Even when he was substituted, Oliech deeply knew that on the pitch, he was leaving behind the national team in safe hands. Questions abound as to whether the 21-year-old Geospatial Engineering student was ready to fit in the shoes of Kenyan greats like Joe Kadenge and J.J. Masiga. His response has always been on the pitch with match winning displays and goals. The left footed Genius. Researches conducted by Oxford and Bristol Universities in the United Kingdom alongside several Australian Universities reveal that left footed players often display inverted brain hemisphere functions. They have an element of unpredictability in their play making them exciting to watch when with the ball. Players like the Netherland’s three time Ballon d’Or winner Johan Cruyff, Argentina and Brazil’s legends Diego Maradona and Abedi Pele, the geniuses of contemporary football Cristiano Ronaldo and Lionel Messi and our own Tony Lwanga, Ezekiel Akwana and John ‹shoto› Lukoye come to the fore. There is no evidence to suggest that left footed players are better than right footed ones. It is the rarity with which we get to see left footed players (8/10 of footballers are right footed). And when we do, they treat us to a genius we can only idolize. Michael Olunga›s left foot has treated the nation to great memories, his towering physique not withstanding, the boy has special ball control using his tall frame to shield it away from opponents A chance to be great, role model to the next generation and lesson from Cristiano Ronaldo There are two kinds of players, although both are gifted, one works on himself to be better, he eats right, exercises and gets the required amount of rest. The result to this is a fit and composed player. When Pep Guardiola was at Barcelona, Messi used to be prone to injury earlier on. Guardiola, being the perfectionist he is, rang a few changes. He assigned him a dietician and a physical trainer to take care of him. Finally the young Argentine, who would spend odd hours watching his domestic Argentine league, came of age as a professional player. The dividends paid off. Messi stopped having injuries and would go on to be an integral part of Barcelona history under Pep. The same kind of care is needed for Michael Olunga who has just penned a four-year contract with IF Djurgarden after impressing in the trials. He is a genius whom the Harambee Stars could be built around. Anyone who has personally interacted with him (I am glad to have) will admit that he is a boy who is focused and knows exactly what he wants to achieve. He must work harder in the gymnasium to add muscle, he must work on shooting and pace and more important his ball control needs to improve. Anyone who remembers Cristiano Ronaldo arriving at Manchester United in 2003 and seeing him now will understand my point, as a young man he had skill, but today he has added pace and power to that from hours in the gymnasium and on the training ground working on himself. 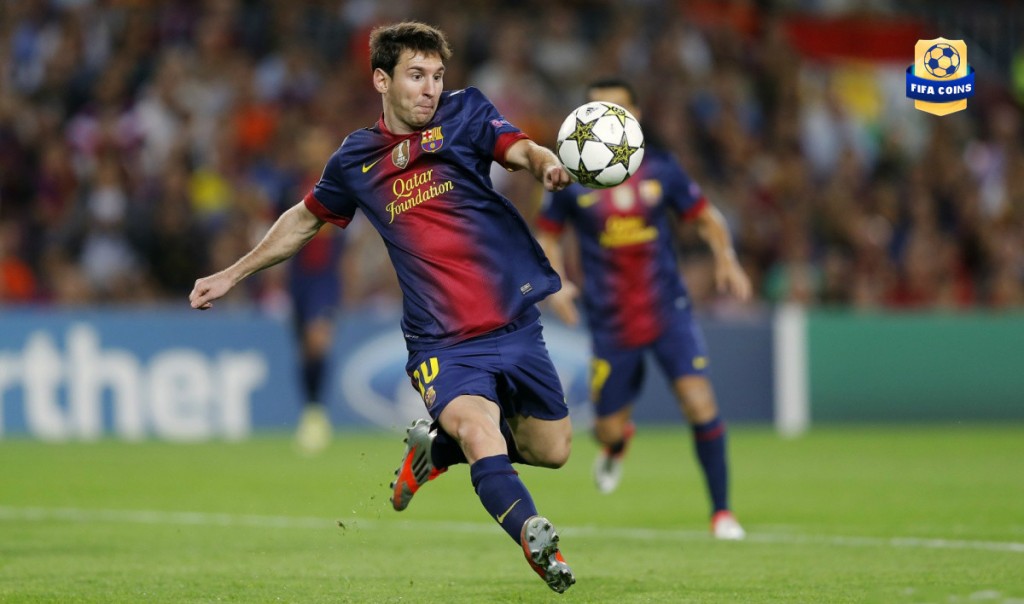 There have been many skillful players who have come and mesmerized Kenyan football and former Gor Mahia’s midfielder Kevin Omondi is a typical example, then without hard work and maximizing their potential they have fizzled out. This is also a chance for former coaches like Ghost Mulei to see to it that they demand from this boy to live up to his full potential just like Guardiola did for Messi. Best position on the pitch. I have on other forum been critical of Coach Bobby›s tactics especially his handling of Olunga. Save for the home game against Cape Verde, I honestly do not think Olunga is best suited as the typical number nine. In fact modern football is phasing out that kind of Van Nistelroy type player. Being left footed plays very much into Olunga›s lap as was evident against Zambia at Nyayo National Stadium. His goal came as a result of playing off the main striker, Oliech and even in the 2nd half, he could be seen drifting from the right wing and cutting inside, in a move from which he almost scored. He also would come into midfield, collect the ball, and drive forward. Modern football is about space, players seeking and creating space as Olunga displayed on that day. Didier Drogba remained a prolific striker of his time because of his all round game, falling deep into midfield to collect the ball, good in the air and had pace and power to deliver a shot. As aforementioned, Olunga needs to work on his frame and add muscle, improve on his pace, shot and accuracy, all which can be achieved through hard work, proper guidance from responsible coaches. The left footed player was normally unlucky, as football tended to rely more on symmetry, left footers would be left backs, and a right footed player would be played on the right of the pitch. This has changed especially if you look at the roles left footed players Messi play today, they play a free role mostly to the right, receiving the ball then drifting inwards, and from here they have 3 options; to shoot at goal; deliver a cross or play a one two with a team mate and open up the defense thus creating chances. Another advantage of having a left footed player like Olunga on the right side of attack drifting inwards is the challenge he will give the left back. With most left backs being left footed, Olunga will be playing the ball towards their weaker foot, the right foot. That is why it makes it tough to handle a left footed player from that position. From this position, he can play a free role, commonly refereed to as the ‹false 9›, just next to the main striker, occupying the channel between the opponent defense and midfield, this will allow him the freedom to express himself more and get into the rhythm of play. Ending up in Europe, his overall play must be better. That is why I honestly do not see him better suited as an out and out striker. Olunga is hot property and will surely move on most likely into the English Premier League to join his compatriot, Southampton’s Victor Wanyama. Congratulations to him too for scoring close to 32 goals in all competitions in 2015; not a mean feat and if there is someone worthy of the it, yes it is Mr. Olunga. The world is his oyster and he should go for it.