Companies
BY BEPHINE OGUTU Acquiring green energy in the Third World has proved to be a very expensive affair to both the governments and public sector. It has been particularly elusive for Kenya, despite President Kenyatta’s promise to help people get the source energy. There is, however, a small company called Takamoto that is doing all its best to change that, reaching one farmer at a time in Central Kenya, with the aim of spreading to the rest of Kenya. Kyle Schutter started Schutter Energy Limited, with the brand name Takamoto Biogas, in 2011. Setting out more like a financial institution, the company started by buying the digester from other well-established biogas companies like Biogas International and Simgas and then lent the biogas digesters to interested farmers. The farmers would then pay the money back later. In 2012, Takamoto biogas developed own first pay as you go biogas, which later transformed into an operating lease form of business. 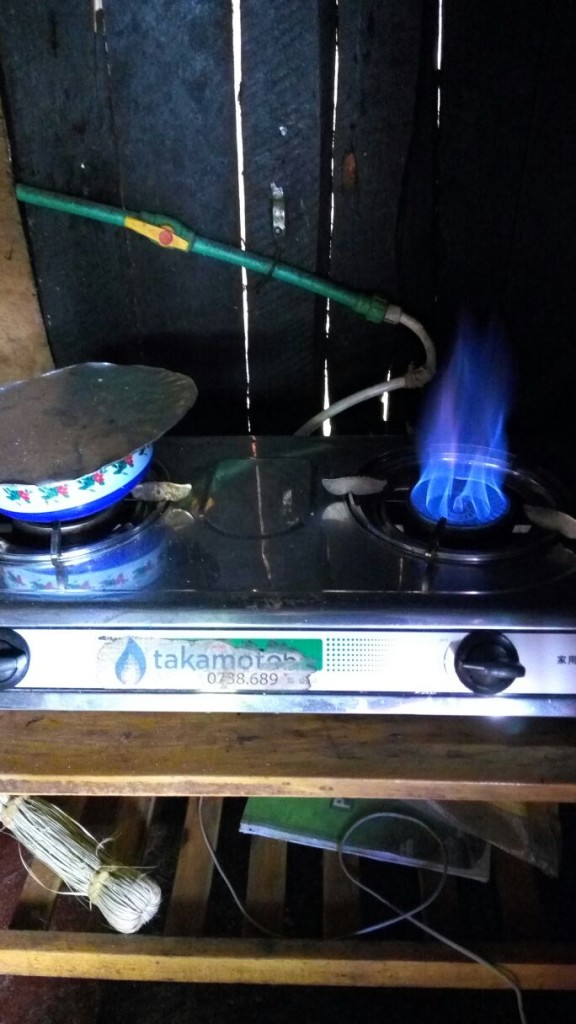 Takamoto started installing biogas systems to small families but the demand for their cheaper, reliable renewable source of energy grew exponentially. It was then that the company came up with a faster and cheaper way to acquire and install the system. With time Takamoto replace the initial 3 cubic meter digesters with 12 cubic meter ones to provide their clients with longer cooking hours. Takamoto is only five years old in the biogas market but has proved to be a competitor worth noticing by the big and well established biogas companies like Simgas, Biogas international and Kenfap, some of whom now depend on Takamoto for supply of certain biogas appliances. To get your biogas installed by Takamoto, you will need to pay Sh100, 000, an installation fee of Sh15, 000 after which the company will then install all the components needed for the biogas to work. Their package normally includes a digester, stove, piping and labour. The installation takes a day or two. Apart from the initial Sh15, 000, you will be required to provide at least 2 tones of fresh cow dung and two tones of water. The reminder of Sh85, 000 is then paid in installment of Sh3, 000 per month with no interest or security required. Besides installing the system, Takamoto also does free repair and maintenance not unless the repairs are too costly for them in which case, the costs are shared with the client. Takamoto also imports and sell to other biogas installers, biogas appliances including stoves, lamps, water heaters, brooders and disulpherizers. Apart from other well established biogas companies like the ones afore-mentioned, Liquefied Petroleum Gas (LPG) has been the biggest competitor. To some farmers, using LPG is a cheaper option compared to using biogas and this has been the actual headache to any biogas company. Some farmers can travel miles to get LPG rather than install biogas. Another huge challenge is lack of trained personnel and technicians for that kind of job. In Kenya many people do not know more about gas production. This means that whenever they hire people, they have to train them before they are taken to the field to forestall disasters of gas leakage. This proves quite expensive not to mention cases where customers have had to withdraw from fears, mostly perceived, of dealing with unqualified field personnel. Even though Takamoto considers its biogas to be the cheapest, it is still beyond reach of the low-income earners. Tragedy is, this lot forms the base of Takamoto’s target clientele. Many of the farmers use firewood, charcoal and in some cases, LPG. Other challenges are weather, manpower and terrain. Takamoto has employed technicians and salespeople. These are the main engine, and connection between the company and the clients. Technicians help with installations and repairs. Takamoto is currently in the Githunguri in Kiambu, Meru, Machakos, Nakuru and Kajiado. They target, mostly, areas practicing zero grazing mostly. Fighting global warming has proved to be very tough for governments of the world, but with the companies like Takamoto in the grass roots, there is hope for the world. It is up to the governments to ensure these kinds of ventures get all the help they may need to grow and prosper.