The case against the internet, when it comes to the quality of society’s news, is well-worn: beginning in the 1990’s advertisers shifted their dollars from traditional media to the internet, and the losers in that transition were the newsrooms of America, who had to make do with less.

The migration began in earnest with the rise of Google. Google’s keyword advertising predominately effected direct advertising spending — that is, spending that can be directly tied to a sale (10% off!). This was not good news for our news media. Direct advertising, prior to the internet, was predominately the purview of our print media– newspapers, magazines, the yellow pages and the like — and, to a lesser extent, radio. With a lessened ability to pay journalists, newsrooms around America now employ 20,000 fewer of them than they did in the 1990’s. Few would disagree that our news has suffered as a result.

The early internet put a dent in the quality of our news in another way: the fixed costs of becoming a publisher were drastically reduced to near zero: all it took was a writer, a laptop, and some free software such as WordPress. The traditional news media was faced with a sudden and dramatic increase in competition, and Google, acting as our gatekeeper for traffic (and, thus, advertising revenue), didn’t care if you were a 100-year-old storied publication with 100 journalists or a pimply kid in Topeka. Whatever got the most links got the best search engine rankings.

Finally, with products like Google News, the process of all news being presented in a similar manner had begun: the story by the pimply kid in Topeka looked exactly the same as a story from The New York Times.

Further proof, as if any were needed, comes in Marshall McLuhan’s prescience. In 1964 the celebrated media theorist wrote: “The classified ads (and stock-market quotations) are the bedrock of the press. Should an alternative source of easy access to such diverse daily information be found, the press will fold.” Oh we found an alternative source, all right. Unfortunately, it doesn’t pay for the news.

Television advertising, which has predominately focused on emotional, or brand advertising, remained relatively unscathed. However, its contribution to our news has historically been far lower than print.

All of this we know.

But with the rise of the large social platforms in the early 2000’s, the trend worsened. The social amplification of news allowed us to wallow in our own echo chambers, reading stories written to our ideological bent. The visual presentation of real and fake news stories continued to be equal, but with the rise of Twitter and Facebook, more and more Americans got their news from social media. According to the Pew Research Center, over 60% of Americans now get news from social media, and 16% do so often. Social platforms have historically been loathe to express preferences around which news sources have more merit than others. To be generous, this has allowed a thousand voices to bloom, and has made the censorship and the control of information nearly impossible.

With the advent of payment systems developed by the platforms that paid out ad revenue to news providers, there was now a financial incentive to write news stories that performed well on the social platforms. Historically a publication looked at this problem holistically: the advertising revenue from the whole publication funded the whole publication. A newspaper would provide coverage on less popular topics (zoning laws, city council meetings, perhaps) funded by the more popular topics (local news, business news, sports). The goal was to make a publication that had a total “good” economic value less than the “bad” economic value of the advertising consumed. The platforms themselves can still make this calculation (does a user of Facebook get enough value out of the platform as a whole to make advertising worth it?) but the individual publications, living off the highly selective algorithms of Facebook, do not have the same luxury. Thus every story has to compete on its own merits, thus the lowest common denominator is chased.

Furthermore, with budget cuts in the newsroom, and social media close at hand, journalists have less time to source and confirm stories. This means they are more prone to sourcing stories off of social media (Twitter in particular). And the intense competition for the dribbling of ad dollars from Facebook means that there is increased pressure to get a sensational story out first. This has made traditional media more error prone, as standards slowly erode in the face of economic shortfall. They are then, rightly, condemned for propagating fake news, and the cycle continues.

These trends — growing for the last decade — came to a head in the 2017 election in the US. The fallout is still unclear, but what is clear is that there was rampant fake news being promulgated on social media. Economists Hunt Alcott and Matthew Gentzkow researched the past election and found that on average every adult American was exposed to at least one, and possibly several, fake news stories, predominately biased towards Trump. They also found that fake news stories were found by readers far more often on social media than traditional news stories.

Let us look to the numbers.

According to Alexa, the largest news sites in the US are Reddit, CNN, The New York Times, The Guardian and the Huffington Post. Leaving aside for a moment whether Reddit is really a news site, its revenues in 2014 were less than $10 million. In mid-2016 the Reddit CEO said their revenues were now a “nice multiple” of that. Let us be generous and call it ten times that, or $83 million. CNN’s digital only revenues are hard to estimate, but their total advertising revenue for 2015 was $377 million. Let’s be generous and say half of that came from digital, or $189 million. The New York Times’ digital revenue, we learn from some leaked documents, was about $400 million in 2015. The Guardian’s 2015 digital revenue was about $104 million. The Huffington Post’s2014 revenue was $146 million. Add them all up and you get $909 million. We’ll toss in some growth, since some of the numbers are old, and let’s call it an even billion in 2016 revenue.

Facebook’s revenue for just the third quarter of 2016 was $7 billion. 97% of that came from advertising.

There’s money to be made on advertising on the web, all right. But it is not going to our news organizations.

The problem is getting worse. In the first quarter of 2017, Facebook and Google captured over 99% of all digital advertising growth in America. Worldwide, Facebook and Google alone make up 18% of the entire advertising market, across any medium. This number is projected to grow. In 1980, after TV had definitively conquered radio, and prior to the rise of cable television, NBC, ABC and CBS combined controlled 23% of the ad market (while still liberally funding our news). Google and Facebook, alone, should surpass this number next year (already has), without directly creating the news in any way. They do, of course, send money via their ad partnerships toward news creation: but this is a pittance compared to the share traditional media used to enjoy. 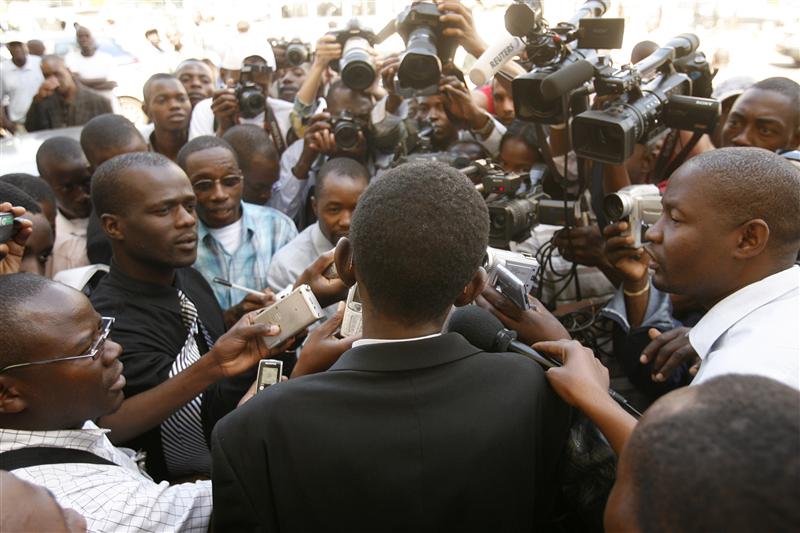 Advertising: a positive or negative externality?

My ongoing work on Which Half is Wasted endeavors to answer the question of whether or not advertising is a positive or negative force in our economy. Historically, advertising has gotten a pass primarily because it funds our news. The internet, and the rise of the large platforms, is changing that calculus.

However, to be fair in our assessment, we must look at what the money — no longer going to our news — is funding, and whether it is a good of equivalent value. Historically, economists have looked at advertising as something that primarily funds our media, both entertainment and news. With the rise of these new platforms, we must now add a new category, social networking.

It is important to note that advertising is primarily a zero-sum game. Our best research tells us that advertisers’ total spending is remarkably consistent — and dictated primarily by our total GDP and the sector in which they compete. They do not generally spend more money or less money based on ad efficacy. In the marketing suite, this may seem heretical — the goal is to spend money in the most efficient manner. But the total amount of money spent on marketing by a company is usually decided above the CMO’s (Chief Marketing Officer) pay grade. A CMO may endeavor to spend the money they get more efficiently, but other business drivers determine the total spend.

There is a historical exception to this rule: television. With the rise of television, advertising as a percentage of GDP went up and stayed up. The internet, with all its talk of being more efficient of a medium for advertising has not, as of yet, brought about a similar change in total ad spending levels, though this is not inconceivable in the future. The jury is still out.

The question, then, would be whether the utility social networking as a “good” that users consume is greater than the amount of lost utility of quality news. The jury is still out. Very little research has been done on this topic. The matter is complicated by the fact that free digital services such as social networks are not calculated in our GDP. Nor is advertising, directly. It is calculated as a pass-through cost, and assumed to be captured in the end sales of a specific item. The whole method is less than perfect, but historically it’s been assumed to be of academic concern. Indeed, there is almost no research done even on how much of our advertising dollars go to news vs entertainment.

With the decay of the quality of news, however, the matter becomes of pressing concern. While some effort has been made to calculate the value of our social networks, much work remains to be done. Sadly, for now, one of the most pressing media economic questions of our time remains unanswered.

Advertising has, historically, radically offset the cost of obtaining the news. When the telegraph was invented, making his carrier pigeon network obsolete, James Rothschild, founder of the French branch of their banking empire, complained in 1851 that now “anyone can get the news.” The Columbia Journalism Review points out advertising’s part in making for a robust American newsroom, saying that “abundant advertising revenue during the profitable last decades of the century gave the historically large staffs of many urban newspapers an opportunity to significantly increase the quantity and quality of their reporting.”

It’s been all downhill from there.