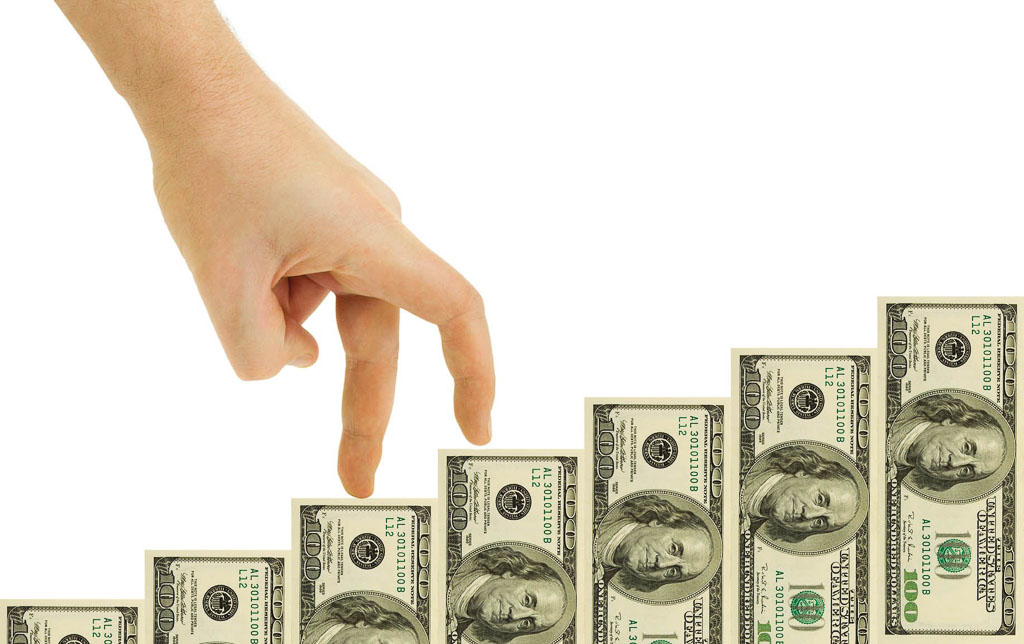 Usalama watch is rationalized on a false premise
Security chiefs that have failed in every aspect of their brief and faced with imminent sacking jumped onto the opportunity to target Somalis to get a stay of execution and more time to show the President that they are trying their level best.

When the Kenyan government suddenly started the security programme called Usalama Watch in early April and indiscriminately rounded up and detained thousands of Kenyan Somalis, few Kenyans were shocked by the ferocity and the callous nature of the exercise. In fact the average Kenyan welcomed it. But Kenyan Somalis did not really seeit coming.

Whereas terrorist attacks were more common in North Eastern and the Coast Provinces, Nairobi was not the real epicenter of such attacks. So why did the government and its security agencies pick on Nairobi? What informed the decision? What are the real motives, and exactly a month later what are the results?

The answers to these questions are found in the contested and unsettled place of Kenyan Somalis in the country, coupled with the influence of powerful religious zealots in government and a general anti-Muslim sentiments and policy that has crystallized over years in key security organs under the Office of the President (OP). This,connected with a desire to address economic opportunities in North Eastern and the Coastal provinces has pushed PresidentUhuru Kenyatta’s administration to, as one analyst puts it, finally “put the Muslim community in its rightful place”.

The operation started when over 6000 police and paramilitary forces in Nairobi descended on the Somali inhabited neighborhoods in Eastleigh, South C, South B and Nairobi West. The exercise entailed a simple procedure; target only ethnic Somali; cut off their area of operation; force entry into their houses and ransack them and then demand for a bribe. A bribe of as much as from Sh5000 sets the victim free. Those who cannot afford the bribe are taken to Kasarani Stadium, gazetted as official concentration camp. The issue of whether the person is a Kenyan national with an identity card is secondary to the payment of a bribe.

The exercise, which was subsequently extended to other parts of the country, has been characterized by the usual vices of Kenyan security agencies when dealing with Muslims and ethnic minorities. Mass beating, starving detainees of food and water, looting, extortion and arbitrary search and indiscriminate arrests remain the defining features of the exercise. Despite the protest from the Somalli community and a number of NGOs, the government remains adamant that the operation will continue adinfinitum.

The government showed its propaganda prowess in the process. It quickly rationalized the exercise by using the runaway insecurity in the country as the excuse. It sold the exercise as “the final solution on the war on terror”, claiming the operation solely targets illegal aliens.

True, insecurity has become too common in many parts of the country. Frequent grenade attacks and the loss of lives of many innocent Kenyans has become too frequent, especially in the Coastal city of Mombasa and its environs. What, however, many Kenyans and even the international community does not know, is that the exercise is a convergence of the long held positions of key figures in Kenya’s security apparatus and the political strategy of the Deputy President William Ruto. The swoop of Somalis brings a political fusion of the interests of three distinct but interrelated groups.

The first group is the religious group headed by the Deputy President William Ruto. DavidKimaiyo, the Inspector General of the Police (IG) is a card-carrying member of this group that pushed for the operation with a religious agenda in mind. They see their role in the Somali crackdown as a religious duty to stop or address the threat posed by Muslims in Kenya.

The second group is principally comprised of security chiefs who have miserably failed to address and solve the insecurity quagmire in the country. Whether it is terrorism, poaching, drug trafficking and run away general insecurity, members of this group have abjectly failed to deliver. Prominent members of this group are Joseph Ole Lenku, the minster in charge of Internal Security, David Kimaiyo the Inspector General of Police and General Michael Gichangi who is in-charge at the National intelligence service (NIS).

Members of this group are on borrowed time and President Uhuru had variously put them on their dismissal notice. Singularly and collectively, these individuals have time and again shown that the security docket is too big a brief for them. Their respective tenure has been defined by one abject failure after another. Members of this group jumped onto the opportunity to target Somalis in Nairobi for they thought it would give them a stay of execution and more time to show the President that they are trying their level best.

The Secretary to the Cabinet and chair of the National Security Committee, Francis Kimemia leads the third group. This is the most influential group among the three factions. Its members include Gichangi and MuteaIringo, the Principal Secretary of the ministry of Internal Security.

When William Ruto chaired the national security meeting that gave the green light to the mass arrest and detention of Kenyan Somalis, he had his own agenda. That he received enthusiastic support from the security chiefs did not however surprise him. He had his pulse on the general discomfort with the Muslim community by influential leaders of the administration.

It is not in doubt that Ruto is a very religious man. In fact he wears it on his sleeves. What is also not in doubt is that he does not see a dividing line between his religious beliefs and his state function as deputy president of the country. He is a man who has been trained in the Moi ways and sees himself as the natural heir to the Moi legacy. He makes major policy pronouncements from Sunday church services just like Moi. He sees Kenyans divided into Muslims and Christians. He sees Islam as the greatest threat to national security. People who have dealt with him say his dislike for Muslims is palpable. You see him; you feel it. He does not hide it. It comes out as a natural reflex.

Kenyans will recall that when Ruto spearheaded the “NO” campaign during the referendum to the Constitution, he was essentially leading the Churches in that regard. In the mass detention of screening of Kenyan Somali, he is cleverly sending signal to the church that in deed he is providing leadership in the exercise.

Equally important is that Ruto’s part of his grand strategy once he decides to run for President probably in 2017 is to run as the candidate for the church. He strategizes that apart from his Kalenjin tribe, he can get quite a sizable vote from the churches, especially the evangelical ones, if he adopts a strong policy of being anti-Muslims in the country. He sees the swoop against the Somalis as a golden opportunity to rally the church and lay down his credentials.

In the second group that comprises principally of Francis Kimemia and General Gichangi, there is also a Mr. Kiharaof the OP. Kimemia and Gichangi are the High Priests of this group. Kimemia and Gichangi had variously tried during the Kibakiregime to force the government to adopt a certain blanket policy against Kenyan Somali including a policy that they should not be allowed to work in the police, intelligence and security agencies in high or sensitive positions.

According to our source, this position was finally adopted by the Uhuru administration after the Westgate terrorist attack as a government policy. Indeed, it is now government policy that Somalis and Kenyan Muslims will not be allowed near sensitive security dockets in government.

Kimemia and Gichangi have a long paranoia against Muslims and Somalis. Kimemia has tried both during the Kibaki and the early days of the Uhuru administration to ensure that Somalis are completely excluded. He is the one who authorized the provincial administration to compile a list of the properties owned by Kenyan Somalis in Mombasa and Nairobi.

They also use vetting by the intelligence body to write false and alarming reports on any Muslim who applies or is being considered for government position. If he is a Somali,Gichangi must include a paragraph that the potential candidate is from Somalia or is a Shabab sympathizer. For Muslims from the coast, he always writes that a given candidate is a follower of the slain Sheikh AboudRogo!

Whereas the scale and duration of the exercise is fairly clear by now, few are privy to the long-term goals of the government of Kenya. The announcement by William Ruto on a new identification registration exercise is part of the swoop against Somalis. The Kenyan government through the efforts of the three groups has finalized a shift in Kenya’s policy towards Somalis and Muslims in general. This is actually seen and sold by the groups as a “final solution” to the troubling question of the Muslims and Somalis in the country.

The urgency to address this problem has been necessitated by Kenya’s economic blueprint. Most of the government strategists are of the view that until the question is decisively settled, the proper economic exploration of the coast and northern Kenya cannot be properly undertaken.

Two sites in North Eastern Provinces have huge commercial deposits of petroleum. The Canadian firm exploring for oil estimates that the deposit of oil in the wells in Modogashe in Garissa has the largest oil deposit in Kenya. Similarly, a Chinese company had found deposits bigger than those in Turkana in Rhamu District in Mandera County. The Coastal line has huge gas and oil deposits. The exploitation of these deposits in two predominantly Muslim inhabited regions of the country seems to have troubled those who hold the levers of power.

President Uhuru has met members of Parliament from Northern Kenya with a view to address one of the serious problems that has faced his infant administration. Sources privy to the meeting termed it as stormy. The MPs were emphatic that if Uhuru’s government does not want Somalis in Kenya, he was welcome to redraw the boundaries of the country. Ruto, who also spoke during the meeting, was adamant that the operation would not be stopped.

The Uhuru administration policy on Kenya’s Muslim community is defined and owned by the intelligence system and Deputy President William Ruto. The solution to the Muslim question and its derivatives will not come from the President, for he has subcontracted this problem to the three factions spearheading the operation in the first place. The president has left the fate of the community in persons who are clear in their mind as to what the solutions are. Unless the courts intervene or the President stops, an exercise that is rationalized on a false premise, may end up as one defining moments of the history of the country.