Enterprise
BY CHRIPINE AGUKO Imelda Akinyi, 24, has strongly ventured into poultry farming majoring on broilers in the Western border of Kenya and Uganda. After successfully completing her degree in community development from Egerton University, Imelda decided to start the business in 2015 with a capital of Sh50, 000 for construction and a start up number of 50 chicks at Sh100 each, and the feeds. Hardly two years on, she has developed the business to an average of 400 broilers. This is daring given Uganda was hit by a severe bird flu in January and Busia being a border town with cross-border interactions being the norm of the day, Imelda’s business survived only out of her resilience. It is from this business venture that the Community Development gradaund of Egerton University is fending for her siblings including paying school fees for her two sisters, one in High School and the other in College easing strain on the single mother family that has stood firmly together after the death of the father way back in 2007. She wakes up early every morning to clean, give water and treatment where needed. This has become her normal routine. She appreciates the fact that she has been able to keep a track record of 100% survival since she begun the business. This is attributed by her tendency and keenness in the daily process of her poultry farming. She makes constant checks to the extent of sometimes going without sleep to just keeping a watch and ensure all of them are in good health.  This way, she can easily detect flu, the biggest threat in poultry farming, at an early stage and, and any other threats. She has also kept a good firm record, stating every incident and advancements in the growth of her birds. Her market is majorly the hotels within Busia town, her friends and relatives. With the Western Kenya community taking unprecedented pride in the poultry delicacy, market is none of Imelda’s worries.  She began humbly, first selling to neighbors and relatives, but with production growing, she had to tap in the equally growing hospitality industry in the County headquarter especially with the advent of Devolution. In December last year, she sold 300 pieces at Sh700 each, scoring her highest profit margin. 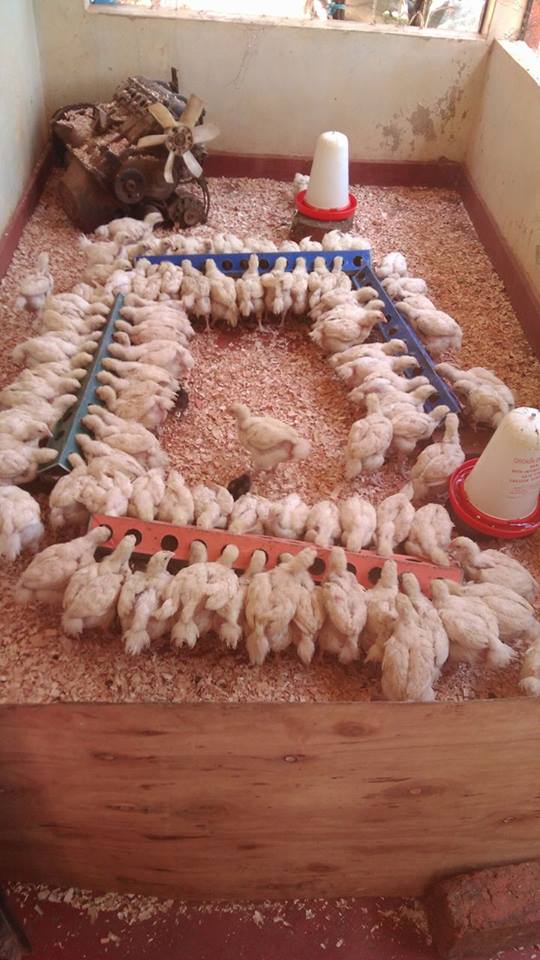 Young people believe in white-collar jobs. That however, should not stop one from innovating or getting into entrepreneurial ventures to not only become independent but dependable as well even as they pursue goals that may eventually land them opportunities for employment and Imelda is such a perfect example. “I encourage every young person out there to go do everything by themselves. In that way, we shall have a good life and we shall make kenya a better place. Especially for us ladies,” she says. The challenge challenge for Imelda is pricing as being on the border, Ugandans, with easy and cheaper access to feeds and medication are able to bring cutthroat competition to the doorsteps of their Kenyan counterparts. Imelda is now planning to introduce layers to her business so that she can start having a daily source of income from selling eggs. Currently an egg goes for between Sh10 and Sh13, so there would be a big income though the cost is also relatively high. A broiler can feed on one kg for one month. It is therefore proper to have a well-channeled market to sell the mature ones, which mature from three to four months.