Cover Story
An estimated 3000 deaths and 5.6% of the GDP, translating to about Sh300 billion, is Kenya’s annual cost of road traffic crashes, according to the National Transport Safety Authority (NTSA) Road Safety Status Report 2015 released mid last month. The pain is, however, not in the statistics. It is in the real injuries occasioned by this menace, the health burden, disabilities and long term psychological effects and loss of breadwinners, often resulting in destitution. All these take toll on both the victim’s family and the government. Why, however, has the response to the carnage that affects mankind more than even HIV/Aids and Malaria, not matched that of the other two? Capacity and funding, for instance, are bedeviling NTSA, the body charged with ensuring safety on our roads. Commenting on the report in an interview with NBM, Francis Meja, the authority’s director-general decried the lack of capacity both in numbers and expertise at the Authority. “With the results that we have posted here, we are talking of about 50 enforcement officers across the country. We want to build that capacity to a higher number, and not just in numbers but also in terms of expertise. Road safety is a specialized area yet we do not have any professionals that are specifically trained on road safety matters,” he said, decrying the inadequate funding to road safety agencies in the Third World. “In Africa or the Developing World, this challenge is becoming the highest killer of young people, but what levels of investment have gone to road safety as opposed to HIV/Aids and Malaria? Corresponding funding needs to come in place to address this challenge. We are happy that so far the government is listening to us and we believe going forward, they have seen the need. We believe we will be more visible and more funds will be allocated to us to address this challenge.” Defending the report, which has drawn mixed reactions from across various stakeholders in road safety ,including the general public for its generalities, the director general said that nowhere in the world would you have reporting (on road safety) in absolute numbers. “Going by international best practice and globally accepted standards, reporting is always a ratio between the population and the fatalities. Another parameter for measurement is the vehicle population against the fatalities and the length of the paved roads. When you take into account the three measures, you will clearly see that there is actually a reduction in fatalities,” Meja said. Meja hailed the report, which is the first one of its kind in Kenya’s history of road safety, as one that will lead to effective response to the carnage. He said world over, the numbers tend to be high wherever there is better and accurate reporting because with proper reporting, cases of under reporting are eliminated. “One thing that we are realizing,” he said, “is that as a result of this data, our interventions going forward will be data led as opposed to previously where we just woke up and decided without any evidence or facts that this is the intervention that is required. With this data, we are able to do what is called evidence led interventions, such that, if it is pedestrians, what is the problem with pedestrians?” The report, he said, shows that a lot of public awareness and sensitization needs to be done. The other highlights of the report include the relationship between darkness and accidents where many accidents tend to occur very early in the morning and late in the evening; as well, accidents happen more over the weekend because there is more mobility when a lot of people move from town to rural areas and forth and when people socialize and make merry leading to drunk driving and drunk walking on the highways. There is a significant improvement in Passenger Service Vehicle (PSV) where fatalities have gone down. This, Meja says, is as a result of interventions that NTSA has been putting in place in terms of regulations adding that such gains need to be noticed and appreciated so that they are built on moving forward. “We are not contented with where we are with the PSV sector, but it is a good beginning. We will try to work again with these Saccos and companies for them to have more capacity to be able to do self-regulation because the intention of these regulations actually was to do that,” he said. The pain in the flesh, not just for the NTSA but the society at large is the motorcycle mode of transport, popularly known as ‘boda boda’, where not even the police raise an eyebrow as riders operate with the rule of the jungle, with devastating results. Meja says regulations, adequate enough to reverse the unfortunate trends of the industry are in the pipeline and soon they will be enforced. “You cannot, however, enforce if the enforcement agents themselves do not know what the law says. So we want to begin by sensitizing them (law enforcers) on regulations. And the proposal in implementing this is to call all County Commissioners as a first step, we sensitize them and we also agree that our CS will invite the CS interior so that he tells his officers these regulations, it is the law and they must cascade it to the level of a chief.” 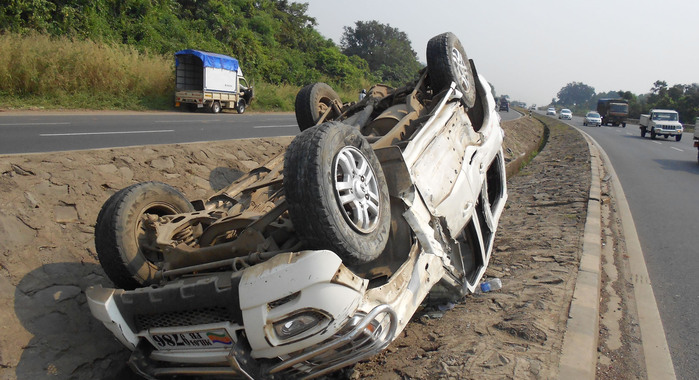 It is NTSA’s target to reduce fatalities on Kenya’s roads by up to 11% by end of 2016 and they will stop at nothing to achieve this.  During the festive season of December, there occurred about 302 fatalities, the highest number over the previous 24 months. This, despite all the interventions NTSA in conjunction with the Traffic Police put in place, including strict adherence to speed limits on highways. One shudders to imagine what the numbers would have been without the efforts of these agencies. To achieve their targets, NTSA will rope in ICT among many other interventions, especially to nurture personal responsibility. “We want to go to fully automated processes that are more transparent, reliable and where availability of information become quick. Profiling of drivers will become easy. When one commits an offense for instance, it is put on his or her driving license record and is profiled as a bad driver. Any employers, for example, can then check and see what kind of person they are about to engaging. “For those behaving well, we will talk to the insurance industry to see whether they can have lower premiums. And those who are high-risk drivers, there premiums will go up. That pushes personal responsibility of the driver higher.” All said and done however, the responsibility of road safety is everyone’s. Careless drivers have killed many innocent road users. “It is unfortunate that an Alcoblow watch site has been created to help offenders to avoid dragnets of law enforcers. That is not helping you friend; it is helping them commit suicide. Those are the things we must change if we want to record low figures,” Meja warns.