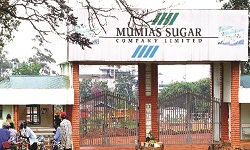 Knives are out in the Orange party and the coalition

Two likely by-elections in Luo Nyanza have provoked a fresh round of bickering in the Orange Democratic Movement and Cord coalition. At the centre of this wrangling is ODM leader Raila Odinga’s waning influence both in his party and the Opposition alliance.

Last month, the Court of Appeal nullified the election victories of Migori governor Okoth Obado, the only non-ODM governor in Nyanza and Nyando MP Fred Outa of the Orange party. However, the two leaders have moved to the Supreme Court thus stopping any preparations for by-elections, for now.

But this has not stopped debate on the likely by-elections in ODM and Cord.

The Migori petition was filed by ODM loser Edward Oyugi while the Nyando one was by Jared Okello of Ford Kenya. Both petitioners lost narrowly to their opponents in the March 4, 2013 elections.

But there is another common thread in the two cases.  Both Obado and Okello were initially ODM members who quit the party in the wake of the chaotic nominations ahead of the General Election. Okello lost narrowly to Outa in Nyando which is in Kisumu County. In Migori, Obado, who moved to the People’s Democratic Party which entered a post-election pact with the Jubilee Alliance, beat the ODM man to the finishing line in a near photo-finish.

Last month, Nairobi governor Evans Kidero, who is being seen as one of the likely challengers of the Odinga dynasty in Nyanza appeared to throw down the gauntlet when he supported Okello and Obado. And Moses Wetangula, the Ford Kenya leader and Cord principal added fuel to the fire by insisting that  Okello should be the coalition’s candidate in Nyando ‘’ because he is popular.’’

Now the knives are out in the Orange party and the coalition.

Ford-K and the ODM are partners in Cord together with Kalonzo Musyoka’s Wiper Democratic Movement.

Mr Mohammed said the trend of some of the coalition’s allies presenting candidates in areas that are not their “strongholds” should be stopped. “During by-elections to fill the Bungoma and Makueni Senate seats, ODM did not field candidates,” he said. “We are asking them to reciprocate and keep off our strongholds.”

It is easy to see where Mohammed was coming from with this talk.  In the 2013 elections, a number of candidates who felt ill-treated in ODM defected to Cord partner parties and went on to win thereby breaking the aura of invincibility around Raila in the region.

But undaunted, Mr Wetangula said he would try to convince the Cord leadership to support Okello for the Nyando seat.

The Ford-K leader said the decision should not be seen as undermining Raila, whose party ODM commands solid support in the region. “We are just expressing the will of the majority because our candidate is popular and we better give the electorate what they want,” Mr Wetangula said.

Ford-K and Wiper MPs did not take Mohammed’s comments lightly and demanded that he apologises. Mr Francis Nyenze (Wiper), Olago Aluoch,  Eseli Simiyu and Chris Wamalwa (Ford-K) accused  Mohammed of ignorance of the Cord accord. The alliance agreement, they said, was based on cooperation and not zoning of perceived party strongholds.

Mohammed escalated the feud by saying Wetangula and Nyenze had been beneficiaries of the accord yet they had failed to perform in Parliament.

The Ford-K boss is Cord’s Senate Minority Leader while Nyenze occupies the position in the National Assembly.

Referring to a report released last month by political analysts Karuti Kanyinga and Peter Kagwanja which says the Opposition had failed to check the government in Parliament, Mohammed asked them to resign. “These two must take responsibility for Cord’s no-show in the Opposition. The alternative is for the leadership in both Houses of Parliament to step aside and pave way for new and more vibrant leadership,” he said in statement.

Mohammed said after losing in the elections, Cord has only Parliament as the venue where they can be able to set the agenda for Kenyans and be judged by voters in the next elections.

“We must be accountable as a coalition. Someone within the coalition must take responsibility. That puts the performance burden on Mr Francis Nyenze and Mr Moses Wetangula. Under performance could not have been part of the (pre-election) agreement,” he said.

Within Cord, no one believes that Mohammed, a first time MP from Migori County is speaking his mind.  There are powerful forces behind him.

The wrangling reflects the challenge that the principals in the coalition must face ahead of the 2017 elections.  Wetangula and Kalonzo, it is said, feel that Raila has been weakened by bickering in his party and may not be the right presidential candidate for the coalition in 2017.

Kalonzo himself has made it clear he will contest the presidency.  Indeed, there are reports that the Cord coalition MoU stipulated that Raila will go for only one term and Kalonzo and his people know that 2017 is his turn.

Within some quarters in the coalition, there is strong belief that Raila and his close allies sabotaged their own election campaign in 2013 and there is no way things will change in 2017. The campaign was run in such a deliberately incompetent manner that the only conclusion many in the coalition have to explain it is internal sabotage.

At the centre of the claims is Eliud Owalo, the Nairobi businessman who managed Raila’s campaign and the ODM leader’s chief of staff Caroli Omondi.

Owalo has, in fact, been under pressure to quit the Cord secretariat since the elections fiasco. Two months ago he announced his resignation only to make an about-turn a week later.

There has been disquiet in the coalition with some asking for a serious post-mortem of the coalition’s campaign to identify weak points and how they can be strengthened.  However, there is no indication that Raila will call such a soul searching session since it is his people on the spot.  In addition, it is likely to give his rivals more ammunition to push for his replacement. And so things will be papered over until 2017 and beyond.

‘’One of the biggest issues,’’ an official who worked in the Cord presidential secretariat told NLM, ‘’was campaign merchandise… things like caps, t-shirts, reflector jackets and posters’’.

‘’Our people in the fields were denied these things. As a result, our candidates’ presence was not felt at the grassroots in many parts of the country.  In one instance, a leader who went to Vihiga county to campaign for two days was only given 50 t-shirts. What can that do in a region we considered a battleground county? Yet after the elections, we discovered to our horror that there were warehouses in Nairobi full of the campaign material.’’

In addition those in charge of the campaign did not appoint agents in areas not seen as Cord strongholds.

“Thus we could not monitor any mischief our opponents would have been up to,’’ said the senior leader in the party now in the camp opposed to Raila’s line-up in the recent botched elections.

That some ODM politicians in his backyard are planning to form a party to rival him is not making things any better for Raila. Rongo MP Dalmas Otieno, who fell out with Raila over the bungled party elections, is the man fronting this new party.

Speaking in Rongo last month, Otieno said he had already registered a new political party to rival ODM. “The party is alive and kicking. We are not turning back in our campaign to provide alternative leadership. We will be making a major announcement soon,” he said.  Otieno’s and  Kidero’s  supporters have asked ODM diehards to accept the wave of political change in Nyanza.

They were particularly incensed by  Kajwang’s threats to impeach Kidero.

Kajwang and his cronies, they said, were responsible for the poor performance of ODM in the past elections. “Mr Kajwang must know that if anyone is to leave ODM, then it is him because he is not helping the party at all,” said Erick Okeyo, a Kisumu businessman and politician.

He said Kidero now had substantial following in the region and Kajwang must learn to live with this fact.

This bickering looks likely to increase as 2017 approaches and points to interesting times for the coalition.

With Raila being seen as increasingly weak, his Cord allies are likely to challenge him. And Wetangula’s insistence that Ford-K’s candidate carries the torch for the coalition in Nyando must be seen in this light.

As if to pre-empt any mischief, Raila’s brother Oburu Odinga, one of the powers behind the throne in ODM, last month emphatically stated that Raila will be in the race for the presidency in 2017.

Clearly, very interesting times lie ahead for the coalition.