Society
BY LANJI OUKO Every single trend today, whether in fashion, music and beauty, is centred on African themes; Dashiki shirts, Bantu knot hairstyles and Kwaito Music, what was once perceived as backward and too traditional is now viewed as the ‘in-thing’, not only in Africa but globally. Chichi London for example, an East African fashion line started by Christine Mhando is flourishing in London and renown for their catchy Swahili phrases such as ‘Atakae Hachoki’. Currently stocked in independent boutiques across the world, Chichi has gained extensive press coverage in distinguished magazines such as GraziaMarie Claire, Cosmopolitan and Vogue Italia. Additionally, the line has been showcased at London Fashion Week, Swahili Fashion Weekend and has superstars such as Beyoncé flaunting their impeccable designs. On the onset, the music scene is no different. International award winning artists have recently been collaborating with local African musicians such as Psquare and Wiz Kid. The fusion of Afro-beats and R&B hits is quite popular today and has simultaneously introduced a number of African dances, which are now recognized globally such as the ‘Shoke & dab’. Yes, the African Continent is wonderfully being embraced. Does western culture promote the silent message that what is African is barbaric or uncouth? Is this the reason why Africans are trying to stand out effortlessly wearing Kitenges and Afros with pride? Are we trying to make a statement to react to the western world? Africans are subtly signaling a message to stand up for their traditions and cultures, which were eroded by the Western culture and colonialism. 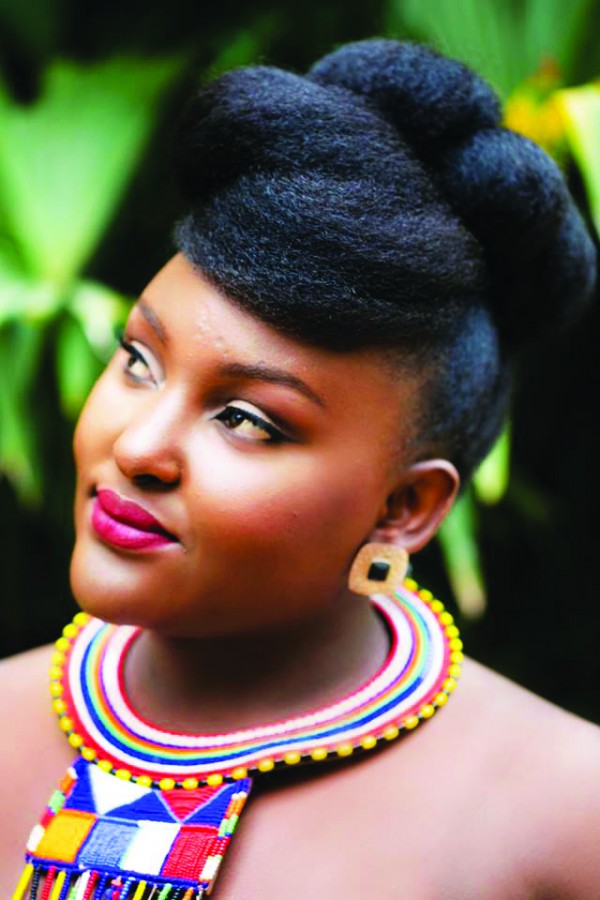 Earlier in September, the protests by African girls in a prestigious private high school in Pretoria raised the debate about whether racism is still a topic up for discussion. The members of staff at the high school allegedly demanded the girls to use chemical straightners while others were hurled insults and referred to as monkeys for adorning cornrows, dreadlocks and braids. Immediately the images of the demonstrations went viral, one question lurked! Did the global outrage over the Pretoria girls protest indicate the second rise of Pan-Africanism in the 21st century? Did it trigger and officially launch a movement, which has gradually been on the rise – the ‘Team Natural’, which basically defines hair in its purest form, one that is not chemically altered? As many would remember and recall, Pan-Africanism was a worldwide intellectual movement, which aimed to encourage and strengthen bonds between people from African. The ideology was based on the belief that unity is vital to economic, social, and political progress and aimed to “unify and uplift” people of African descent within the African continent and in the Diaspora. Author of the book Pan Africanism; Politics, Economy and Social Change in the 21st century, Dr Tajudeen Abdul-Raheem states, “Pan Africanism can be said to have its origin in the struggles of the African people against enslavement and colonisation.” One of the main characteristics of Pan Africanism is that it was often led by people from the diaspora who had a more “audible” voice, so to speak, and who had a platform to air the issues of their brothers and sisters who had been oppressed in the African Continent. After the first Pan African Congress in Paris, 1919, convened by Dr. W.E.B Du Bois, a gradual series of changes were distinct and Africans’ lifestyles gradually changed for the better. Despite the fact that there have been no other congress meetings in the recent past, the rise of Pan Africanism continues not only within the Continent but all around the globe too. The mainstream media generally portrays a very unreasonable threshold of what beauty entails. An overexagerrated definition of beauty sighting 20 inch weaves, extremely long legs and bottom filled, wrinkle free face. In order to change the narative, a young lady, Miss Wangari Muchiri, started a blog to promote positive African stories and change the narrative of women being embarrased of their African beauty.The blog is a very positive platform to help young girls wear their natural, kinky african locks with pride. The objective of the blog, known as Different Strands, is to explore, discover and share information about natural hair to the wider natural hair community. When Miss Wanagri started her natural hair journey, just like many other naturalistas could attest, their were very few sources of information. As she began to network with other ‘naturalistas’, she found out there was so much to learn and share. Miss Wanagri transitioned to natural hair in 2010 while living in Australia. The few saloons that knew how to cater for black kinky afro hair were very expensive and so she took matters into her own hands, literallly, by styling her own hair. One of the main issues African women find difficult to embrace is the colour of their skin and natural kinky hair. Being Natural and knowing your identity are two things, Wangari believes, that go hand in hand. Being Natural means that one has embraced their natural kinky locks without changing its texture with the use of chemical substances. A number of women have defined the transition as powerful, especially during the process of transitioning and during the big chop. Wangari further says that being natural means being misunderstood, being stared at and standing out of the crowd, which she firmly believes is powerful for a woman to stand solid in their beliefs and stay true to one’s self. For centuries, black women lost their identity in trying to keep up with the beauty standards of perming, relaxing, texturizing, straightening and hot combing, suffering dramatically from hair loss, burnt scalps and time and money wasting trying to meet these standards of beauty. “Today, women have grown tired of the pressure and decided not to be driven by these beauty standards, but instead create their own by going natural. The new beauty is our identity!”says Wangari. The introduction of local natural hair product companies is believed to have  significantly improved the availability and accessibility of natural hair products in Kenya. Which makes it easier for women to go natural because these brands and products cater for them at affordable prices. Previously, Wanagri recalls, having to buy all her products from abroad which was expensive because of shipping charges. Brands such as Ajani Handmade, Marini Naturals and Shea by Asal provide quality products which are easily available within the country. However, more products are needed  in the market to allow women to have choice on what products they use, and also a great opportunity to empower women and create jobs. “Africa has always absorbed images and lifestyles from western countries and has never really embraced its own natural beauty. This a step in the right direction as Africa becomes a key source of inspiration in fashion, hair and beauty globally. My hope is that this revolution continues.” Says the 26 year old. The biggest misconception about natural hair is that it is unruly and unkempt. Young girls in college and high school suffer immensely trying to fit in, and the derogatory remarks about their hair only makes matters worse. Thanks to Different Strands, young girls have role models they can look up to, who are pursuing remarkable careers such as Wangari a real estate engineer at a reputable firm. “The more women embrace their natural beauty, the more natural beauty can become the norm rather than the exception,” she says.