Over the years, the popularity of China’s currency, the Yuan, has grown all over the world with many countries considering adding it as a reserve currency. As a result of its increased use in international transactions, the International Monetary Fund (IMF) executive Board voted and added it to the IMF’s Special Drawing Rights (SDR) basket of currencies in 2016. This saw its popularity swell, which in turn saw different countries around the world, especially in Africa, consider adopting it as a reserve currency.

The Chinese currency has gained traction all over the world despite still being far behind the US dollar. According to the global transaction services organization, SWIFT, the Yuan’s share in global payment system increased from 1.61% from December 2017 to 1.66% in January 2018 while that of the dominating US dollar declined from 39.85% to 38.53% in the same period. The increase saw the renminbi keep its position as the fifth most used currency however, the dollar has still kept its place as the most used currency.

In order to continue growing, China has over time come up with large and open financial markets where foreign investors can buy and sell assets with the Yuan freely and as quick as possible. This way the currency is used more during trade settlements and debt markets thus requiring foreign investors such as central banks to ensure that they increase their holdings of the currency.

China has also moved to increase trade with other countries all over the world in a move to increase the take-up of the Yuan as a settlement currency. This has seen a rise in trade between China and Africa where the dragon from the east surpassed the U.S. as Africa’s largest trading partner in 2009. According to the Chinese government, in the first quarter of 2017 total trade with Africa rose by 16.8% to Sh3.9trillion ($38.8 billion).

Additionally, China has also increased its financial investments all over the world. China has financially invested much of its funds in infrastructure industry. Globally, a lion’s share of its investments between 2000 and 2014 were directed to the industry with the construction and industry attracting Sh3.1trillion (US$ 30.3 billion), energy sector Sh13.5trillion (US$134.1 billion), telecommunications projects Sh1.7trillion (US$16.9 billion) and the transportation and storage receiving Sh8.9trillion (US$88.8 billion).

As a result of the financial assistance, many African countries have seen their debt to China increase over the years. Kenya’s debt to China has been on a rise. As of end of March, the debt Kenya owed China increased from Sh478.6billion in 2017 to Sh534.1 billion, ensuring China increased its control of Kenya’s total bilateral debt, which stood at Sh741 billion as of March 2018, to 72%.

With most countries in Africa in a similar situation, whenever they have to repay their debts to China they usually incur additional costs, which see them lose funds that could be used to better develop their nations. The costs are usually incurred during the three-way foreign exchange which forces these nations to first convert to US dollars before converting to the Chinese Yuan.

In favour of the Yuan has been Kenya’s Standard Chartered Bank CEO, Lamin K. Manjang, who believes that the inclusion of the renminbi to the IMF’s Special Drawing Rights currency basket was a positive for Africa-China trade. He is among those in support of adopting the Yuan insisting it will help reduce costs and maintain risks.

“Importers and exporters who use the renminbi have the opportunity to mitigate risks and reduce costs associated with the three-way foreign exchange from Kenya shilling to the US dollar then Chinese Yuan when trading with China. We expect suppliers to lower their prices to reflect lower foreign exchange costs,” Manjang said.

In addition to this, if the African nations were to hold more of the Yuan they, would be able to increase the confidence of foreign investors leading to an increase in foreign direct investments (FDI). This would be quite helpful as African countries require FDIs to develop industries further so as to increase economic growth.

On the contrary, however, adopting the Yuan does not only offer merits. It brings with it several risks that put African countries in harm’s way. For instance, despite China being the second largest economy in the world, the country has recently been facing a decline in its stock market. As a result of the trade wars between it and the US, China’s stock market has been on a roller coaster as in June it hit a two year low that saw it sink by 3.8% to close below the 3,000 mark at 2,906.43.

If some African countries were to adopt the Yuan then they would be affected if the Chinese stock market kept falling. With China’s domestic debt increasing and the current slow down on its belt and road initiative, countries that adopt the Yuan will not be able to escape the negative effects of the slowdown of China’s economy. 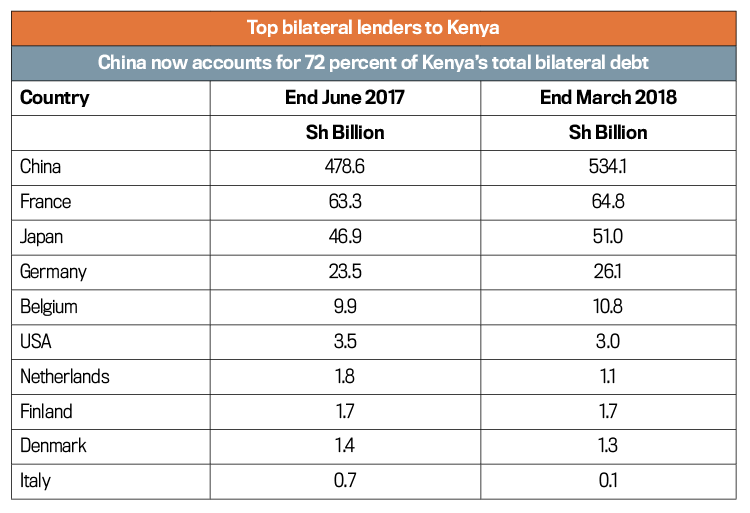 The effects might even be worse for African nations as most of them have become reliant on China. Kenya, for example, is headed to such a scenario as China already controls 72% of its total bilateral debt and is expected to increase each year. If the debt continues to rise then Kenya will be at the mercy of China where China would be able to ask for any deal such as Kenya’s natural resources, or even wildlife, in exchange of debt repay.

With both positive and negative effects, countries looking to adopt the Yuan should put in place policies that will be able to keep the risks in check while at the same time help reduce costs. However, whether the rest of the African countries will follow Zimbabwe, Ghana, Mauritius and Zambia which have already added the Yuan to their reserves or not, one thing is for sure, adopting it will have a huge impact on the African countries.