Money
By Antony Mutunga ‘Liberté, égalité, fraternité’ (liberty, equality, fraternity) was the famous phrase that commoners (the third estate) used as their slogan during the 1789 French revolution. It was introduced by Maximilien Robespierre who felt it was important in their fight against the ruling Ancien régime. The third estate revolted because they were fed up with the inequality and difference in the social stratas.

The commoners had grown tired of living in starvation while they were forced to pay high taxes. What made matters worse was, the law exempted the nobility and clergy from paying most of the taxes while the king did not pay any tax at all allowing them hold much power and wealth which they spent lavishly while the rest of the people suffered. Over 200 years have passed since the revolution and yet the same thing seems to keep happening. The only difference now is that the rich does not only include the clergy, nobility or royalty. The number of those who are considered as rich has soared through the years, now including entrepreneurs and other individuals who have changed the society in one way or another. However, even though the rich have increased in number over time, the gap between them and the middle class as well as the poor has kept widening all over the world. In the US for instance, the wealthiest, at 1% own about 42% of the country’s wealth while the bottom 40% owns only 0.3%. This is not only the case in America but in almost all countries around the globe. The wealth held by the wealthy keeps increasing while that of the poor remains constant and in some cases even reduces. According to Credit Suisse Wealth Report 2015, the top percentile (the wealthiest 1% of adults) of wealth holders in the world own just over half of the world’s wealth and the richest decile (the wealthiest 10% of adults) 87.7%. Whereby, wealth is defined as the value of financial assets plus real estate (housing) owned by the households, less their debts. The Gini coefficient, which is used as the main measure of economic inequality shows that wealth inequality has been rising since the global financial crisis. The main reason was that after the crisis, most of the wealthy had good investment returns, which in all sense exceeded the growth of the economy. This in turn resulted in the vicious cycle of the rich getting richer. Normally, the wealthiest people are considered to not consume most of their gains henceforth they tend to invest more. Therefore, with good investment returns and with the economy growing at a slow rate, the rich are assured to gain abnormal profits over time from investing most of their gains back in the economy. This has caused the economic inequality to grow. This is supported by the Kuznets curve, which tries to illustrate that when an economy starts to grow, the economic inequality rises but when it starts hitting maturity, it decreases. Kuznet, in his curve explains that during early development the rich usually invest more and there is abundant cheaper labor in rural areas. However, once the economy hits maturity urban areas increase while rural areas decrease and wages start to increase slowly causing economic inequality to decrease. The advancement in technology has not been all-good either, it has led to a reduction in wages and in some cases unemployment which has been caused by the introduction of machines in the workplace. On the other hand, it has increased profits for the owners of capital because it has reduced the production costs and increased profits. Mostly affected are workers that handle repetitive tasks for example, in manufacturing plants. The future looks even grimmer as artificial intelligence (A.I) looks to bring knowledge based technology into the market. However, it will take time but when it does happen it will cause skilled workers to lose their jobs, as they would be considered costly compared to the machines.  As a result the gap will keep growing wider as machines are picked over unskilled workers and in time skilled workers as well, making them poorer while the owners get richer. 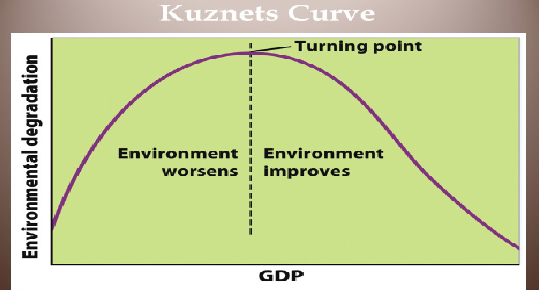 Globalization has not helped as well; the supply of labor has surpassed its demand leading to high levels of unemployment all over the world. It has led to the market acting as the wage price setter hence causing the ever-growing number of workers to settle for minimum wages. This has resulted to a rise in economic inequality because the owners are able to make abnormal profits and still the wages for the workers remain the same. Some economists argue that these are only minor causes of economic inequality, suggesting that the main cause of the rise in inequality is that the top percentile are taking advantage of the rest of the population. They say that the wealthiest 1% encourage the rest of the population to take in loans, exploiting them in order they be in debt to them hence leaving little chance of reducing the gap. The gap seems to widen and most people ignore the impact also because the cliché of ‘the rich get richer and the poor get poorer’ has become a reality for them. Most people especially the poor tend to accept their position in society thus giving up on climbing up the ladder to a different class. The decisions are not made lightly although, without noticing, it they affect generation after generation causing the attitude of no change. However, it is high time that the world notices that economic inequality is a great concern in our current age. Thomas Piketty, a French economist predicts in his book, Capital in the Twenty-First Century that if human beings are not careful of the current trend, wealth concentration will likely approach the level that existed before the First World War. In other words, we would go back in time to the living standards of the 18th century.