Over the last decade, cryptocurrencies have become quite popular around the globe, no longer are they only for the tech-insiders as now they offer real investment possibilities to the people. From 1983 when American cryptographer David Chaum conceived the ecash, to 2009 when the first decentralized cryptocurrency, bitcoin, was created by pseudonymous developer Satoshi Nakamoto, cryptocurrencies evolved further.

After the bitcoin was introduced to the world, many other cryptocurrencies started being established such as litecoin and ethereum. Today, according to the Coin Market Cap, the number of cryptocurrencies stands at over 2,100. Despite the number increasing, the crypto market is currently in a sort of a free fall. For example, bitcoin’s price stood at $19,783 (Sh2 million) on December 2017 but it dropped to $3,442 (Sh350, 000) as of December 2018. Apart from the dominant cryptocurrency, the situation was the same among a majority of the other digital currencies as they experienced a major drop in their prices.

As a result of the industry being full of uncertainty and plagued by volatility, many investors are wary of joining in on the cryptocurrency bandwagon. Therefore, in order for an increase in investments and the price of cryptocurrencies, the concept of a cryptocurrency electronic trade fund (ETF) has been one of the sought after potential futures of this market. The combination of two of the most popular trends in the investment world would be able to revive the crypto market.

An ETF is a marketable security that can be comprised by a basket of stocks, bonds, commodities or other assets that are designed to track a particular index. The fund resembles index funds, but can be bought and sold during the day just like common stocks. Therefore a cryptocurrency ETF is similar to the convectional ETF with the only difference being that instead of tracking an index or a basket of assets, it will be tracking one or more digital tokens such as bitcoin an ethereum.

The cryptocurrency ETF is based on one of the two approaches; Physical-backed crypto ETFs whereby the digital tokens being tracked are owned by the fund and one buys shares in the fund or futures-backed crypto ETFs where shares are not based on actual coins but on cryptocurrency future contracts. A future contract is an agreement that sets a fixed price and date for buying or selling an asset.

This is because digital wallets and exchanges are highly susceptible to hacking and theft as compared to cryptocurrency ETF, which will have more security in terms of the custodian that supports the ETF. The bank insures that the stake of digital tokens owned by the ETF is safe. In some cases, the fund also insures the held digital tokens therefore in the case of any complication; one is able to recover his/her stake. 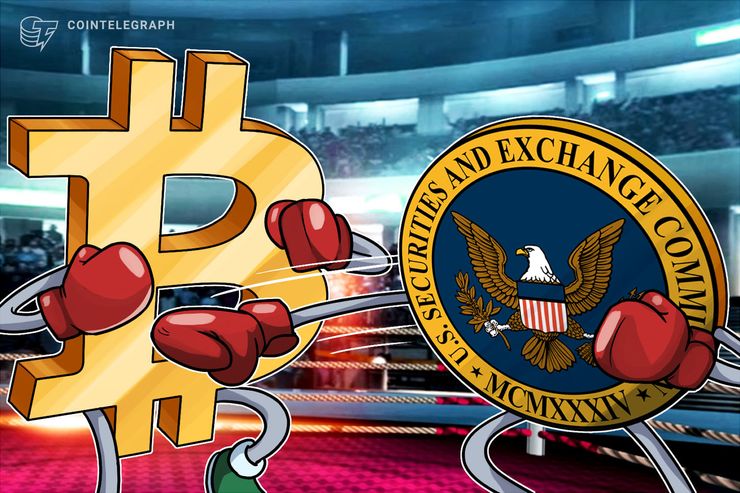 According to Josef Kamau, an investment broker, this would be a good idea in the crypto market as it would save one time as well as reduce expenses. “As a holder of different cryptocurrencies, it is a hassle to keep track of them as one requires different digital wallets with different companies to hold them, which is costly and time consuming in the end,” he said.

The underlying of the product is the Amun Crypto Basket Index (HODL5) which is an index that holds four of the most liquid cryptocurrencies; bitcoin (BTC), litecoin (LTC), ripple (XRP) and ethereum (ETH). The concept is trading at the Six Swiss Exchange, which is actually the fourth largest exchange in Europe, with a remarkable $1.6 billion (Sh162 billion) market capitalization.

On the other hand, in Africa, Kenya is on the way to have Africa’s first cryptocurrency-backed ETF in the Nairobi Securities Exchange (NSE) during the first quarter of this year. The ETF Company behind this is a start-up known as Badoer Group ADK ETF, which will base its ETF on the Aidos Kuneen (ADK) as asset. ADK is a decentralized crypto currency that is being backed by the banking network. Once approved, the NSE would regulate the ETF and offer protection to investors who want to invest in the asset. According to Ricardo Badoer, ADK founder, upon approval about 50% of the total ADK in supply, 12.5million ADK, would be available for the ETF.

Vincent Mutua, an economics professor believes that this will be a good investment in the country. “However, it is important for thorough research before listing the cryptocurrency ETF for they need to have the right policies in place to protect investors from any risk such as fraud,” he said.

The United States Securities and Exchange Commission (SEC) has held a similar stance rejecting all requests for a bitcoin exchange traded fund such as Cameron and Tyler Winklevoss bitcoin ETF and Direxion ETF for the most part of 2018. To date the SEC has not approved any cryptocurrency ETF stating that the proposals did not meet the required legal requirements to prevent fraud and manipulation.

Despite bringing various merits to the crypto world, cryptocurrency ETFs also have some risks. For instance, when one invests in a cryptocurrency ETF, they are dependent on the managerial skills of the fund, the regulatory oversight, fund structure and the chain of custody. This means that you will not be in control thus if any one of parties involved was to fail to deliver or make a bad decision, then it will cost the shareholders as the ETF will not be at par with the market value.

Secondly, in cryptocurrency ETFs investors will have to rely on a custodian who will be sourcing and storing the physical coins associated with it. However, this begs the question if the custodian will be able to safeguard the holdings. Due to the fact that hackers evolve with time, this puts investors at risk because as the ETFs succeed, the more custodial systems will be required making them targets for hackers.

According to Satoshi Nakamoto’s white paper on bitcoin, the vision was to set the cryptocurrency as a medium of exchange or a store of value, however with the ETF it will be a speculative asset. On the other hand, cryptocurrency ETFs have the potential to help the crypto market to rise after experiencing the current free fall. In Africa the ETF will be able to help the economies by attracting mainstream investors who lacked the technical know how to invest in cryptocurrencies and who found it too risky. For cryptocurrency ETF to work out all the loopholes need to be blocked as it is the only way the concept will be able to reach its potential.