Kenya’s property market took a thorough beating after the announcement of a fresh election as per latest reports by HassConsult, which prepares the Hass Property Index. The firm’s price indices for the third quarter of 2017 show that buying activity jumped by up to 400% in the three weeks following the announcement of election results in mid-August as the assumption then was that the electioneering period was over; this was cut short after Supreme Court announcement.

The aftermath of the September 1st Supreme Court ruling that overturned the re-election of President Uhuru has led to a slowdown in buying activity as there is a lack of clarity on when there will be a conclusion to the electioneering period.

As players wait for the political storm to pass, property prices dipped by 1.8% over the three months to September while asking rents dropped by 0.3%. Apartment buildings were the most affected for property prices and rents, an indication that the country’s political uncertainty has certainly created a knock on effect on economic growth.

According to Sakina Hassanali, the head of development consulting and research at HassConsult, activity picked up from mid-August as buyers who had held off on purchasing decisions came back to the market, but the current political shock is what most likely pushed back sales momentum to the pre-election period.

“Economy is sluggish,” says Hassanali. “What happens in an uncertain environment is, some people would say the economy has been so sluggish this year, ‘I haven’t seen an increase and so I can’t afford’… so we are seeing decrease across the board, decrease in economy, and it’s not only with regards to property buying decision but also business decisions. A slow down in economic activity has a direct impact on wages as firms become more aggressive on cost management. People are negotiating more. We expect the sluggish growth in incomes has resulted in a stagnation of market rents.”

Ms Hassanali notes that buyers are quite sensitive to risks associated with the political process, so much that it is unlikely that investors will make decisions until there is an end to this period. She points out land prices drop in certain areas, which is, sort of, new. Citing the rental front, asking rents dropped by 0.3% thanks to the country’s political uncertainty that has created a knock on effect on economic growth.

Despite the political shock, there were pockets of growth particularly in suburbs in or close to the diplomatic zone. Along Limuru Road, for example, Gigiri is the best performing suburb up 4.8% over the quarter, while Muthaiga is the top performer on an annual basis, up 12.5%, mainly driven by investors who see value in buying houses in the areas that serve the diplomatic corps and expatriate community. 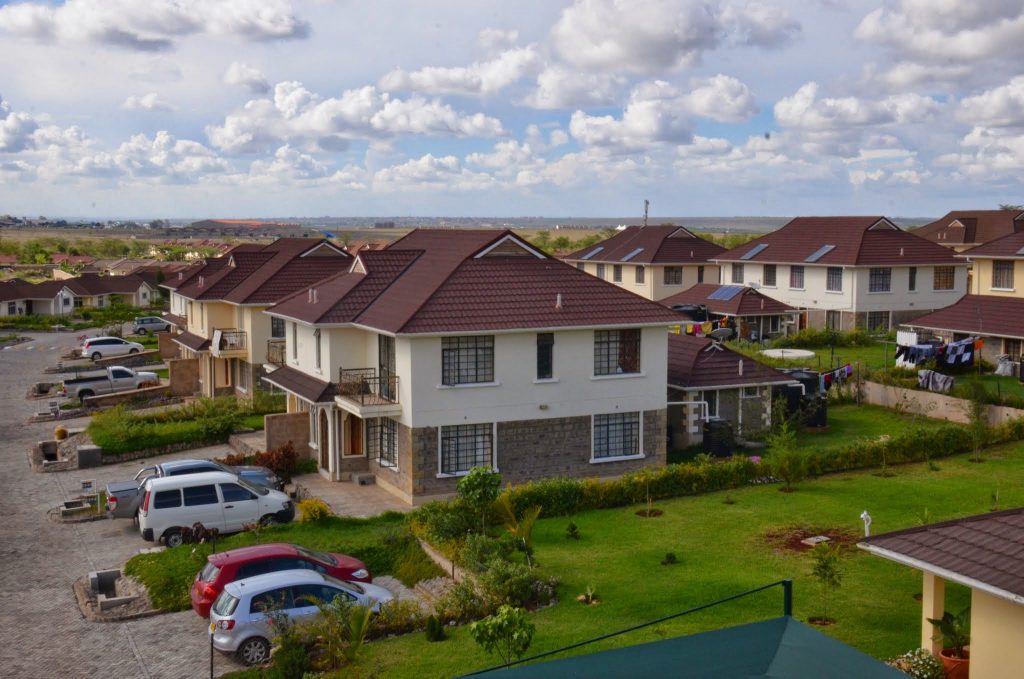 Though all Kenyans are affected by the current political uncertainties, savvy investors can still negotiate and get better deals. What is dampening the spirit of some of the people who would flash money at this time partly rests on the negative effect that the goings on has put on property prices in the city’s suburbs. Normally, decisions are made based on gains which can either be long term or short term. Critics claim that business is slow.

As investments in real estate take a fall, the questions many are asking are many and diverse: When business is slow and investors are not making big moves, is it really about the current political storm? Are Kenyans just broke? What is really affecting liquidity in the property market? Is it the interest rate cap law?

Hassanali notes that areas that are known to be the best performing, like Lavington, majorly witnessed a land price correction with prices dropping 2.6% over this third quarter of 2017. Her approach to flourishing in a sector is starting small then climbing up the ladder over time. She poses: “Are people buying? No! So you have to be a savvy investor, you have to be ready to say if ‘I am not getting a good deal I can hold on’…”

Why investors are finding it hard as far as land buying is concerned has to do with policy changes on land use. In Kiambu County, whose satellite towns have been stellar performers, for example, recorded sale price drops in land prices against the back drop an earlier proposal to control land use by the out going county government.

The ripples are being felt if the current price drops currently spilling over to the neighbouring Kitusuru and Ridgeways suburbs (which recorded a 1.9% and 2.2% drop respectively), is anything to go by. Limuru recorded the highest land price drop at 5.7%, Juja (5%), Ruiru (3.5%), Kiambu Town (1.8%), Tigoni (1.7%) and Thika posting the narrowest dip of 0.6%.

In June this year, the Kiambu County department of Land, Housing and Physical Planning announced a fresh plan to regulate land use with an aim of boosting food security – it partnered with development agencies to come up with a spatial plan for the county. But critics say that the rate at which this policy will affect land for real estate is huge.

“When land meant for real estate development is turned into agricultural use, it completely changes its value. When land use is changed land prices are affected. That’s why investors are holding back on buying land in satellite towns in Kiambu County until they are certain that purchases will not be affected by the proposed policies on land use,” Hassanali says, even as she maintains that property is the best investment.

Failing to invest simply because political environment is not favourable (or simply because you are not financially well heeled) is the biggest mistake. Whatever the business environment, there are always options for those who would like to pour their money in the highly lucrative real estate sector. On affording property, especially for individuals who are salaried, Hassanali says, “the rates and investment in property is so high at the moment so the best way is to buy little piece of land, and wait for it to appreciate in value. Buy property in areas like Juja, Emali… there is a guaranteed 20% increase,” she advises.