Wazito Football Club derives its name from the Swahili word ‘uzito’ which means weight. True to their tag, the team are showing their weight in the second tier league (National Super League) as they seek promotion to the top tier league, the Kenya Premier League (KPL).

Despite being in the lower league, they are making all the normal noises and catching the attention of the nation’s soccer lovers.

Kenya’s football is one very ungrateful venture. KPL is not as professionally run as the organizers may want us to believe. A case in point this season is Mt Kenya United that handed a walkover to Gor Mahia because they could not afford to honour their game in Machakos the reason being that players were demanding their unpaid salaries and allowances which date back to more than five months. Gor Mahia, the country’s most successful club by trophies and following still has problems of delayed salaries and players getting paid in cash and not through bank accounts.

Interestingly, Wazito FC, currently owned by entrepreneur Ricardo Badoer are sending shockwaves in the country. The team that was relegated in 2018 to the NSL is now in pole position to be back to the KPL. They lie first on the NSL log with 72 points from 34 games and are determined not to let go off their position. They are closely followed by Kisumu All Stars who are four points adrift having played equal games.

Ricardo Badoer is the founder of Aidos Kuneen, an open source project whose focus is financial privacy, decentralization and scalability as stated on their website. He also sits as the board of director of Sumac Microfinance being a majority shareholder and is president of both Wazito FC and CD Urasia (a lower league Spanish division team)

To respect the achievements of Ricardo is to appreciate that the man has kept his word. He promised to purchase equipment, cameras, and ensure that all Wazito FC matches are recorded and streamed online in high digital quality. True to this, through Madgoat.tv all their games are online. He also made a promise to purchase the club a state of the art bus and just a few weeks into the month of May, a brand new Mercedes-Benz bus, although not officially unveiled by club as at the time of going to press, was already out. 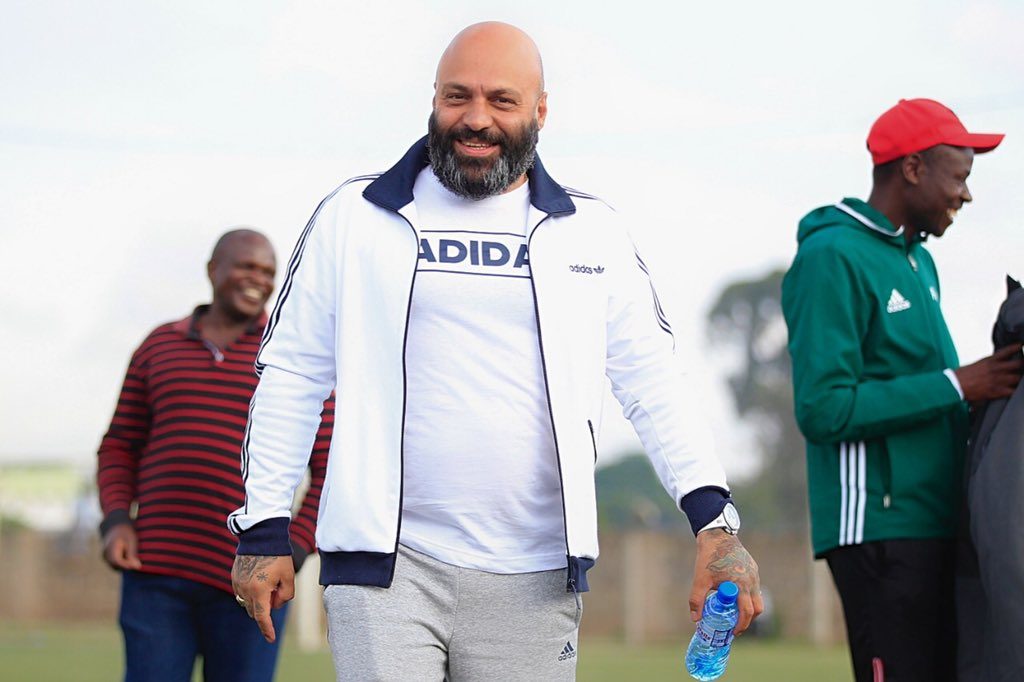 Yet, it is his club’s coaching composition that has drawn the attention of many a soccer enthusiast. The club hired former Harambee Stars international coach Stanley Okumbi as its Technical Director. Former Kenyan international Fred Ambani is the team’s head coach assisted by Hamisi Muhammed. The club, at least on paper has a well-structured model that aligns itself to what many top European clubs have unlike the usual Kenya football models that are reliant on the goodwill of politicians. While community clubs like Gor Mahia cannot escape their support bases, it is the lack of a business model that has made them dependent on individual philanthropy and not a business self-sustaining model.

Football remains a largely community or fans driven game and clubs that get pre-eminence on the sole standing of their owners do find it hard to penetrate fan bases. There is thus a great need to strike a balance between ownership and fan bases. Corporate clubs like Tusker have never grown their fan bases despite their years of existence and success on the pitch.

While Wazito FC seems to have taken the model most English teams have, that of a rich owner, the demerits are usually their dependence on owner’s goodwill. Contrast this to models like those preferred in Spain of community clubs like FC Barcelona and Athletic Club of Bilbao where fans are involved in club decision-making.

According to the club’s website, one of the most appealing projects the club under Mr Badoer is embarking on is the setting up of a full club academy. One which will attract talented 13 year who will be mentored and when possible offered scholarships and made brand ambassadors of the club. Since the setting up of the academy is a heavy capital investment that needs land and time, the club has planned to start holiday soccer clinics in the meantime. These clinics will enable beneficiaries come to contact with Wazito FC coaches, nutritionists and life coaches and current footballers.

While we can only wait and see on whether this materializes, especially in a country where the government and specifically the sports ministry treats sports and football as an afterthought, we must give credit to Mr Badoer for now. He has delivered on every promise he pledged, from hiring the best coaches, providing best working conditions to his staff and players, to getting matches online, the bus and it is without a doubt the academy will come. His entry and success should inspire many other would-be inventors to bring their money to football. But is it not time the government supports all this by at least having stadiums in good condition?.