Companies
By ROWAN BENN Before the Brexit vote, over 75% of the automotive industry in the UK voted overwhelming to remain in Europe. But since 52% of the UK has voted to exit the E.U. there has been significant speculation about the resulting political upheaval and economic uncertainty of the UK economy. Are we about to witness the decline of the UK car industry or will it ultimately be business as usual for the major manufacturers? Cheaper Car Prices The morning the announcement was made, the pound lost 10% of its value against the world’s key currencies. At the time of writing, the British Pound is now 131 KES, a 12% decrease to the lowest rate since May 2013. Consequently, UK cars have become 12% cheaper overnight. 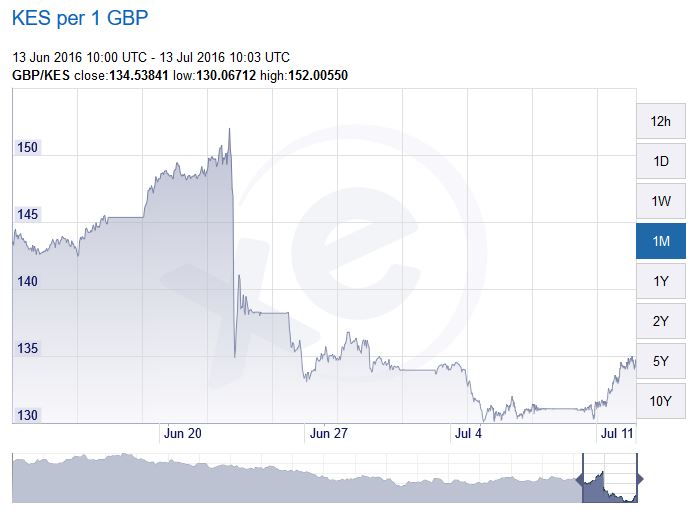 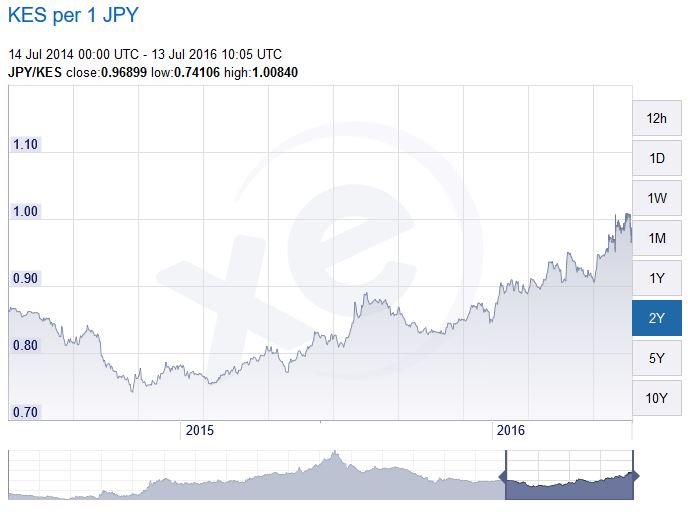 Unlike the stock market, which rebounded relatively quickly, the exchange rate continues at this lower rate. This is a notable short term boost to the car industry as 80% of all the cars built in the UK are exported making the UK cars instantly more competitive without affecting manufacturer margins. Whilst many linked currencies have also dropped, the Yen hasn’t faltered and has continued to grow in strength causing costs of goods to steadily increase. Of course it is not a given that imported cars which are already in Kenya could also have their prices reduced by 12%. This will depend on the ownership of the vehicle around June 24. But the pricing of cars available to ship to Kenya became a more attractive purchase literally overnight and there is no certainty of how long these exchange rates will continue. The process of exiting the European trade agreements is complex and is estimated to take at least two years. But like any divorce, the unraveling of a 40 year relationship is unlikely to be straightforward and there is likely to be fall out for those involved. Rumours of an imminent UK Recession A common theme of the ‘remain’ campaign was the threat of a fairly immediate recession for the UK. Multi-national companies are allegedly destined to relocate to more cost efficient European countries resulting in a significant number of job losses. Coupled with a loss of favourable trade terms, the UK could be faced with price increases, which would need to be paid for with corresponding tax increases. Some think the shadows of a recession are looming large. The car industry represents 11.8% of all UK exports and is seen as a bellweather for the UK economy. Statistics released have showed a third months slowing growth after a record 2015 sales. If this trend continues then a favourable exchange rate with the Pound is going to continue for the medium term. Japan considers a retreat? Prior to the Brexit vote, the Financial Times reported that Japanese manufacturers would have to reconsider their options should the UK vote to leave. The Financial Times reported that, both Honda and Toyota were considering their options to retreat from UK manufacturing after investing a combined £2.2bn having failed to make profit since the mid-1980s. Ahead of the referendum, Toyota issued a warning of the ‘huge cost reduction challenges’ it would face if there was to be a 10% tariff on exports to Europe, especially as the vast majority of the cars produced in these UK-based plants are destined for Europe. Koji Endo, an analyst at Advanced Research Japan, told the Financial Times that there is a 75% chance that both Honda and Toyota would have to move their manufacturing from the UK. He said “The reality is that it’s nearly impossible to make profit considering that they had not made much money over the past two decades.” Business as Usual for now A special press conference held by the SMMT ahead of their International Automotive Summit in London heard the views of Jaguar Land Rover and Toyota, reports thisismoney.co.uk. Britain’s biggest carmaker Jaguar Land Rover insisted it was business as usual and that no jobs would be lost in the wake of the Brexit vote.  Dr Johan van Zyl, president and CEO at Toyota Europe, said the Japanese brand will work with the industry to ‘ensure a sustainable business in the UK’ and that ‘We are proud of our UK work force’s productivity, quality and flexibility.’ Rolls Royce are of a similar mindset. In a recent statement given to CNBC a spokesperson for Rolls Royce said “there is no certainty of how long these exchange rates will continue…We know that many of the relevant conditions for supplying the European market will have to be re-negotiated, but of course we cannot say what this means for our U.K. operations until those future regulatory and legislative arrangements are agreed.” Re-alignment for Future Growth The International Automotive Summit heard the views of key figures from the automotive industry post Brexit vote. They were broadly aligned on finding favorable trading agreements with Europe to secure the long term business stability. And it is also highly likely that the UK will be seeking to re-negotiate ongoing trade agreements with the remaining 40% of their major export markets too. Mike Hawes, chief executive at the SMMT, said the sustainability of the automotive industry is of ‘acute concern’ and that the EU is the ‘single most important relationship that we have as an industry’. But looking further afield, “our growth depends on certainty and continued open and reciprocal access to the 100-plus markets with which the UK automotive industry so successfully trades.” This is not just finished cars but components, technologies and the wider automotive value chain. “Any risks and uncertainty to these fundamental benefits need to be addressed head on by UK government,” he added. The business minister Sajid Javid reinforced this view at the summit, saying “Top of my list is getting the tariff-free access to the EU market that the car industry needs…The UK is a leading destination for international investment in manufacturing and we cannot afford to turn our backs on the world,” he told the audience adding that ‘in a sky full of stars your sector shines brighter than most, with a vehicle off the lines every 16 seconds, most for export.” It is human nature to avoid change, yet change is an evolutionary necessity. The U.K and the E.U. are arguably co-dependent and share a need to keep their economic growth on track. Amidst the turmoil and speculation, a clear goal of minimal upheaval seems to be forming.  The UK government’s business minister has stated his focus on retaining a strong presence in car export. Should the E.U re-negotiations become rocky, then the U.K will need a fallback plan, meaning there is every possibility therefore they will try to forge stronger business partnerships both the E.U and beyond to meet its longer term export goals.